The Wits Business School’s (WBS) hosted their career day on Wednesday afternoon at a trendy hotel in the middle of Melrose Arch.

The event was an opportunity for major private sector companies to recruit current students aand graduates of WBS.

Charisse Drobis, career advisor at WBS, said this was the second event the school had hosted and it had doubled its attendance of students and companies.

“We hosted this so students could engage and network in a more compressed way than they could on a regular basis,” said Drobis.

Ruds Ramasar, a representative of the South African Breweries(SAB) graduate programme, said the event was well organised and that SAB was excited to be invited as it would allow them to engage with future employees.

“WBS did a very good job, all we had to do was just pitch up. We are excited to be here so that we can engage and be able to identify future talent,” said Ramasar.

[pullquote]You’ve got to network to get work[/pullquote] SAB was there to advertise their graduate programme which trains people in marketing, brewing technology, IT and supply chain technology.

WBS student, Ryan Hausberger, said he was looking forward to learning more about the various companies and what they had to offer. He was also excited at the networking opportunities provided at the career day as he exclaimed:  “You’ve got to network to get work!”

Earlier this year Fortune Magazine released its list of 100 best companies to work for and Google topped the list for the second time.

Craig Wing, a Wits alumnus who now works in Google’s marketing department, said Google was indeed the best company to work for.  He said he enjoyed the easy-going and laid-back style of management and the free food and snacks.

“At Google we believe that you can be serious without wearing a suit,” said Wing.

Wing was a representative for Google at the careers workshop and said although there were no positions currently available at Google South Africa, interested students could upload their CVs on their site and would be contacted if something came up.

Hamilton Ndlovu, an MBA student at WBS, said the variety of companies at the event was very one sided. He identified a poor turnout of companies dealing with investment banking and finance, which were his preferred careers sectors.

“I see that 80% of these companies are consulting companies. And obviously you get finance divisions in those companies, but it’s not exactly the same thing,” Ndlovu said. 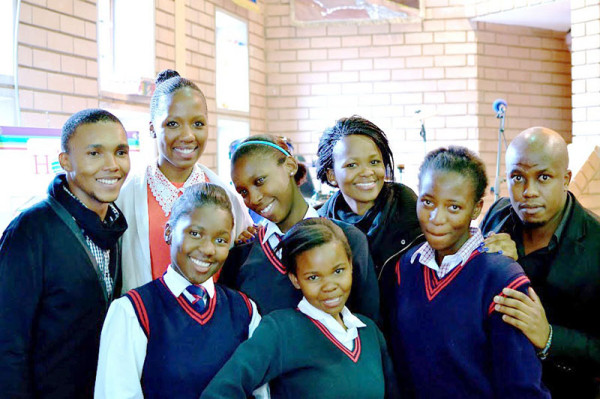