A new conversation launches at Wits

The website theconversation.com launched at Wits University on Thursday. Under the editorship of Caroline Southey, former Financial Mail editor, and her editorial team, The Conversation will re-produce academic papers and research articles on topical issues which are accessible to everyday people. The Conversation is located on the 21st floor of the Wits Art Museum building.

High above the shuffle of the city, in a large round glass-paned room, a new “conversation” launched at Wits yesterday.

The website theconversation.com is dedicated to bringing academic voices and articles into mainstream news and media.

The website, launched in 2011 in Australia, and initially concentrated on Australian news and current affairs. In 2013, UK and U.S sections of the site were also launched, headquartered out of London and Boston.

Caroline Southey, former Financial Mail editor has now launched the Africa section of The Conversation. Southey will work with a team of professional journalists that will re-produce academic papers and research articles on topical issues into news and current affairs content for everyday consumption. These articles will be allowed to republish for free, provided their “republished guidelines” are followed.

Contributors to the site have to be PhD graduates.

“What we bring to the party as journalists is that nose for a story,” Southey said. In what she refers to as a “massive translation service,” the journalists translate the work of academics into understandable articles which Southey said can be “accessible, exciting and interesting”.

Southey spent a year working on the website’s launch after she received the go ahead from founder, Andrew Jaspan. 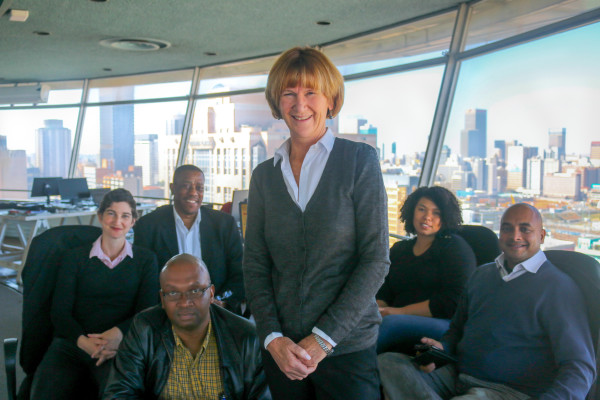 Full-time work on the site began in February this year and the complete editorial team joined on April 1. Deputy editor, Jabulani Sikhakhane (communications director at the Treasury), Thabo Leshilo (former editor of Sowetan and Business Times), Edwin Naidu and Natasha Joseph are part of the editorial team.

Southey said The Conversation is the first of its kind to be launched in a developing country and despite being based in South Africa, it will be a continent-wide project. Future plans include opening an office in Nairobi and a West African country in 2016.

The website theconversation.com’s monthly audience is more than 2.2 million users across all current sites and has a readership of 22 million people when accounting for articles that have been republished through other publications.

Southey said Wits was very supportive and Habib has been a strong advocate for the organisation since its inception. The Conversation was subsequently offered office space on the campus and can be found on the 21st floor of the Wits Art Museum building.