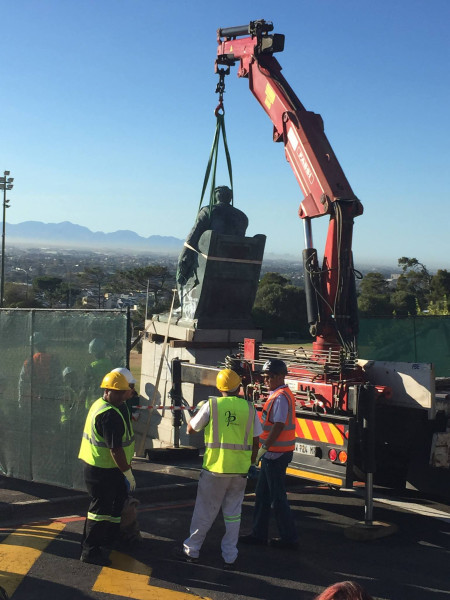 STORIFY: Poo protests at the University of Cape Town

A group of UCT (University of Cape Town) students, including members of the SRC (Student Representatives Council), threw human excrement at a statue of Cecil John Rhodes earlier today, in protest against “white arrogance”.