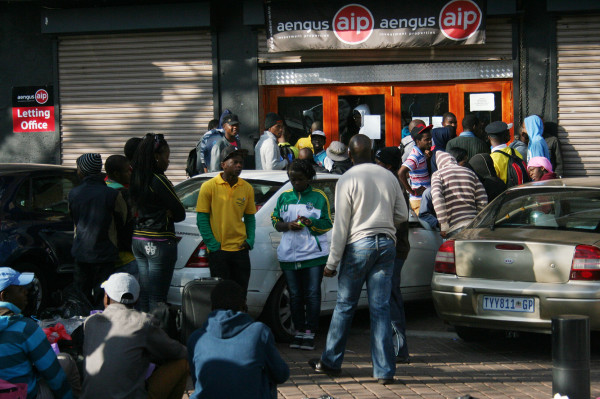 by Ray Mahlaka and Nolwazi Mjwara

SOME Central Johannesburg College (CJC) students with their scant belongings flooded Aengus Investment Properties offices in the hope of finding accommodation this afternoon.

CJC students seeking accommodation were met by a notice which read: “Please be advised that your institution has failed to pay your accommodation in spite of numerous attempts by ourselves to secure payment.”

“The landlord kicked us out and we were moved to Braamfontein where we were told Aengus [Investment Properties] will find us alternative accommodation,” said a student who asked to remain anonymous.

Other students were fortunate to arrange alternative accommodation, and arranged to have a vehicle usher them to their new homes. 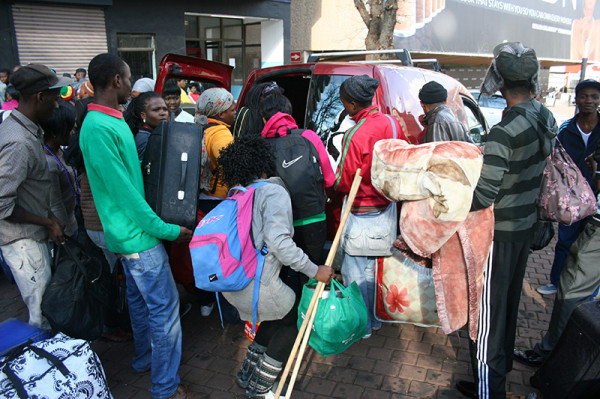 Students cram their belongings into a van. Photo: Ray Mahlaka

Wits Vuvuzela was asked to leave the premises when photographing students who queued outside Aengus offices and employees declined to comment on accommodation issues.

Students said they had been waiting outside the offices since 8am for updates about their accommodation.

Inga Matsitsela, who was evicted said he was not sure where he was going to sleep tonight. He added that CJC has failed them. 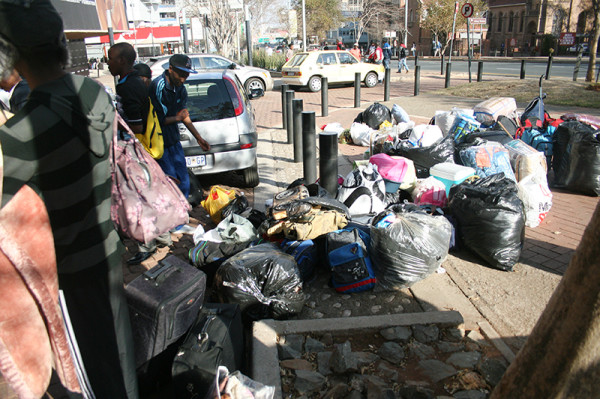 CJC students said they lived at Bramley building before their eviction.

“Our landlord said they don’t want to see us there, then transport came and brought us to Aengus offices. We had to queue this morning and only allocated accommodation if we appeared on the Aengus list”, said another student.

The Aengus list refers to students who have covered by CJC in terms of acommodation list for according to some of the students queuing outside Aengus offices. 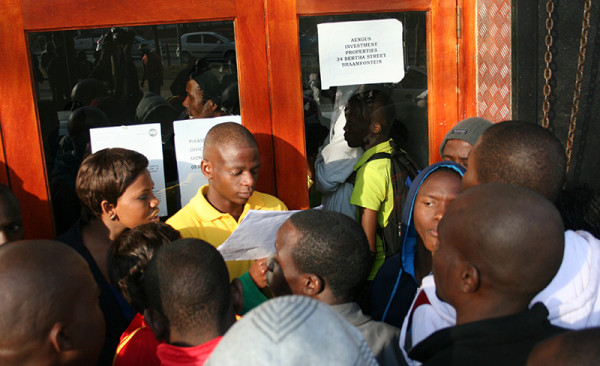 The names of students are allocated accomodation are read out in the “Aengus list”. Photo: Ray Mahlaka

“I still have exams at school, now I have to worry about accommodation problems,” expressed an angry student who declined to be named.