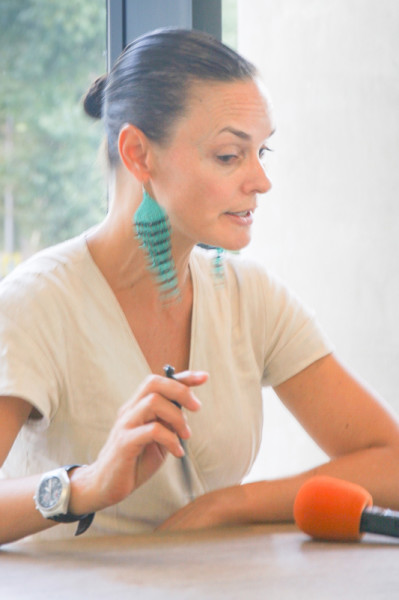 An indictment against Wits admin

The Legal Office, nor Employee Relations, should deal with sexual harassment, the report by Norton Rose and the Centre for Applied Legal Studies recommended last week.
This was revealed in the final sexual harassment report. The report also said that some sexual harassment complainants were told, “you realise if you go ahead with this you’ll be ruining this person’s life; are you prepared to do that?”.

[pullquote]“you realise if you go ahead with this you’ll be ruining this person’s life; are you prepared to do that?”.[/pullquote] The report revealed that both offices are conflicted and this compromises their ability to combat sexual harassment on campus.
“In our view the Legal Office is simply tasked with too many disparate roles to address sexual harassment claims comprehensively,” the report suggested.

The Legal Office and Employee Relations were exposed for not having any expertise or training in the field of sexual harassment or gender issues.
“The perception is that it is not necessary for specialists to be brought in to handle these matters, either because they are not important, or because the Legal Office currently consists largely of female attorneys, and it is believed that sexual harassment is a ‘woman’s issue’, which can be handled by any woman,” read the report.

Three particular areas were highlighted as competing interests for the Legal Office in sexual harassment issues: the university’s reputation, the complainant’s interests and the interests of the alleged perpetrator.

The report also perceived that there was a universal view that the Legal Office did not pursue difficult cases.

Complainants reported that they feel as if their issues vanished into a “black hole”.
However, the report did concede that the Legal Office had good intentions. The Legal Office’s mixed response to sexual harassment was “the result of an immeasurable overload of responsibility on the Legal Office, coupled with deficient training”.

Prof Andrew Crouch, the Deputy Vice-Chancellor: Academic responded as follows: “My colleagues at the Legal Office and I fully support the principles which underlie the Report on Sexual Harassment released on the 4th of September 2013.

We are mindful of the nuanced nature of sexual harassment.

We have always been and remain committed to assisting and supporting complainants whose matters fall under my jurisdiction.”

[pullquote align=”right”]Complainants reported that they feel as if their issues vanished into a “black hole”.[/pullquote]

Prof Crouch added that the legal office supports complainants throughout and calls upon psychiatrists where necessary as well as, “implement practical measures to keep the complainant and accused apart from each other while the relevant process unfolds”.

The report revealed that the uncertainty between the role players was plentiful as to who was responsible for investigating claims of sexual harassment.
“These conflicting roles lead to a perception that the Employment Relations Office may encourage students to report but the Office is not available to support students through the process,” the report reflected.

In conclusion the report recommended that the Employee Relations office should not deal with sexual harassment because of the conflicted roles.

The report also revealed that intuition was used when dealing with sexual harassment as opposed to a “prescribed manner”.

“Often the policy is not consistently pursued due to a lack of practicality, time and certainty”.

[pullquote]“Often the policy is not consistently pursued due to a lack of practicality, time and certainty”.[/pullquote]

Lack of resources was another factor in the poor response as there were only two human resource officials at Wits.

“Various persons, who came before the inquiry, expressed the view that Employment Relations indicated that they were burdened by their complaints and did not do their best to deal with the matter.”

The inquiry also received complaints that communication involving follow-ups was reported as inconsistent or absent. The report highlighted inconsistencies, lack of co-ordination, lack of training on the issue, and a lack of resources.

A “very senior” member of management has been accused of using his position to quash allegations against him, the sexual harassment report has revealed.

This is the fifth allegation of sexual harassment since the start of the inquiry. Three lecturers have been fired while the final investigation on Dr Lord Mawuko-Yevugah of the international relations department is still pending.[pullquote]“to encourage other staff and student representatives to coerce the student to retract the complaint and not to take the matter any further”[/pullquote]

The report, which was released last week, says the senior member of staff used his influence “to encourage other staff and student representatives to coerce the student to retract the complaint and not to take the matter any further”.

Prof Bonita Meyersfeld, director of the Centre for Applied Legal Studies (CALS), said she could not say who the accused was or how many people made the accusation due to a confidentiality agreement with all the people who spoke to the committee during the inquiry.

Meyersfeld said she was not certain whether this specific case was investigated.
“Well my honest answer is that I do not think so, but I do not know that for sure.”

At the press conference held last week, Meyersfeld said other perpetrators were discovered during the inquiry, but cases were dealt with on a confidential basis and unless students asked for their accusations to be pursued, they were not.[pullquote align=”right”]“We pursued various other avenues to get to the bottom of it [new cases]. But in those instances our findings yielded no further investigation.” [/pullquote]

Meyersfeld said, however, that she was not certain if there was an explicit instruction from the senior staff member’s accuser/s that this matter should not be investigated.

Vice Chancellor Prof Adam Habib told the press that all the matters that came to their attention during the inquiry were investigated although nothing materialised.

“We pursued various other avenues to get to the bottom of it [new cases]. But in those instances our findings yielded no further investigation,” Habib said.

One of the report’s recommendations was to have a new, independent sexual harassment office. Meyersfeld said this was important in cases like this where a member of staff from the vice chancellor’s office may be involved.
“We realise that the proposed office must be completely autonomous so that if someone from the vice chancellor’s office is affected, a person can go directly to levels as high as senate.”

The inquiry was officially started on February 1, after the Sunday Times published an article on the allegations against drama lecturer Tsepo wa Mamatu.

The report says, however, that the Legal Office began the process of establishing the inquiry after Wits Vuvuzela published an article in September last year about a professor who asked students for sex.
The aim of the inquiry was not to investigate specific cases of sexual harassment but to find out how prevalent the problem is on campus.

It was conducted by Meyersfeld along with other members of CALS and lawyers from law firm Norton Rose. Together, they compiled the report and made recommendations for the university to deal with cases of sexual harassment on campus more effectively.