Engineering graduate takes to the airwaves

END_OF_DOCUMENT_TOKEN_TO_BE_REPLACED 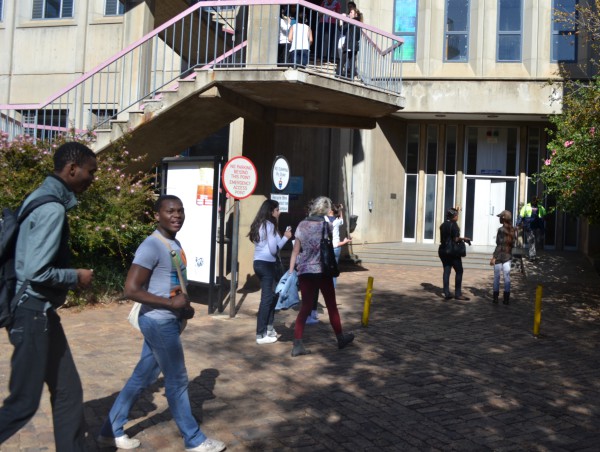 By Lameez Omarjee and Tracey Ruff

In an effort to help improve and retain the level of specialised skills in the country, Wits University is introducing petroleum, oil and gas engineering as a third-year specialisation option for chemical engineering students from the beginning of next year.

This programme will be the first of its kind in South Africa and is aimed at meeting the needs of a growing demand for expertise in the hydrocarbon (petroleum and gas) industry.

Unfortunately, exorbitant costs of bringing in experts from abroad to work in the local industry, especially in maintenance for ageing refineries.

“The government brings expertise from overseas which (sic) they pay heavily, because we don’t have the skills in the country,” explained Professor Sunny Iyuke, head of school of chemical and metallurgical engineering at Wits.

According to Iyuke, there is a “big gap” in South Africa with “the skills to maintain the refineries” being largely absent.  He believes South Africa has a “smart youth, which can be trained to attain these skills”.

Iyuke explained to Wits Vuvuzela that this is not a new degree as such but rather a specialisation at the third year level.

Wits currently offers a Master of Sciences (MSc) degree with a specialisation in petroleum and gas engineering. The new specialisation option though will be made available to third year BSc students.

According to Iyuke, “It is better that [students] have a background knowledge at undergraduate level [and] that is why we [Wits] are introducing this [programme] for our graduates to have that basis and background of petroleum engineering”.

With this initiative, Iyuke believes “our own people will develop others,” instead of losing money by paying overseas experts.

Wits students have responded positively to the plans for the undergraduate specialiation.

Neo Khesa, 4th year chemical engineering said, “introducing petroleum and gas engineering is great because naturally it helps the country as it makes it cheaper to source skills from within the country.”

“I want to go into the petroleum industry and I would have opted to do this course from second year if I had the option.  It was the main reason I did chemical engineering in the first place,” added Khesa.

Fortune Mngomezulu, 1st year chemical engineering, is keen on going into this industry because “there’s a lot of money involved”.

However, some students expressed their reservations about the idea, with Mohammed Sayanvala, 4th year chemical engineering  saying, “I would prefer that South African students join the rest of the world in innovating with cleaner technology … We invite big companies from other countries to take advantage of our resources and none of it comes back to Africa.  We need innovative, cleaner, greener and freer technology and courses to be introduced”.

Phutheo Magada, 3rd year chemical engineering, was concerned about whether there would be jobs available in the field.  But  Iyuke reassured him, “It [the petroleum] is a huge industry, if you don’t have a job here, you can always get one somewhere else, like Mozambique.”

Desmond Fiawoyife, doctoral student in metallurgical engineering, believes that introducing the option at undergraduate level is a good idea. “It’s a nice programme, because when you look at Africa, we have a lot of oil that has been discovered, especially in West Africa.  We need to train Africans to solve African problems, because we will better understand them. We have a new dawn now.  The days of getting expertise from abroad are over.”

While the beginning stages of the modernisation project started well, according to Edward Brooks, project architect, renovations have stopped due to lack of funding.

Brooks said: “Brooks said that this project’s momentum is expected to be “stop and start” due to the major work and finances involved.

Richard Ward houses the university’s School of Chemical and Metallurgical Engineering and is situated on East Campus.

The university has planned three phases of development, estimated at R75-million, for the building’s modernisation project and hired Activate Architect to head the renovations.

Emanuel Prinsloo, director of campus development and planning, said the first phase of the project amounted to R31.5 million.

The Department of Higher Education (DoHET) has facilitated in funding the first of the three phases of this modernisation project. They invested R14-million in this project.

Sunny Lyuke, Head of School of Chemical and Metallurgical Engineering, said: “The main reason for the renovation is to house world class modern laboratories.”

All seven floors of Richard Ward will be modernised. The first phase included renovating the laboratories on floor two and the postgraduate space on floor seven.

“The building is about 40 years’ old and needs to be revamped,” Prinsloo said.

Edward Brooks, the project architect, said they started in November and finished at the end of June with phase one. There was a team of 10 designers who managed and developed the design and at maximum 100 contractors who worked on the ground.

According to the Wits website there has been an increase in chemical and metallurgical engineering students and therefore there is a greater need for infrastructure improvements than before. These changes will ensure the highest levels of teaching are achieved according to the site.

But Prinsloo said: “Nothing will happen in the next six to 10 months.”

He further said once the last two phases have started, they will take approximately 12 to 18 months to complete.