Right off the bat I want it to be known that I’m a Christian. I grew up in the church, at first not by choice. My dad’s a priest and this gave me access to various churches and all kinds of Christians.

I’ve seen big churches, small churches, rich churches and poor churches. I’ve even been in churches that served as nuclear plants in the past. You name it, I’ve worshipped in it.

With these different churches came different people – people who worship differently to me. But some things stay the same. The teachings of Jesus Christ are always relevant. These are the basics of our faith, but we somehow forget them in our daily dealings with one another.

That’s why I made a list of the four fundamentals we Christians have forgotten. This is not an attack on Christ or Christians. I am not a perfect Christian, I am just an observer. 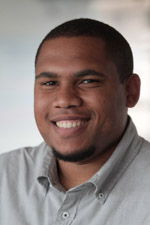 Number one: “To err is human, to forgive divine.” This is something we all forget. In traditional churches we have a segment in the service called “the peace”, when members of the congregation turn to each other, and forgive.

We greet each other as Jesus greeted his disciples after he was crucified. He greeted them in peace, because he wanted to show that he forgave them for deserting him. We hold grudges way too easily nowadays. We are too quick to say: “I will forgive, but I will not forget.”

Bra, to forgive means to forget. We must forgive in order to see the splendour of God’s kingdom around us.
Number two: “Do unto others as you would have them do unto you.” In short, don’t mess with me and I won’t mess with you. We are too competitive, too confrontational with one another. We hurt each other.

We’re like crabs in a bucket, pulling each other down when we see someone rising above us. Haters are everywhere. They’re in your work place, in your class, on your social media. Let them be. I’ve seen too many upstanding members of the Christian community (even priests) messing with each other just for the sake of it.
Number three: “Render unto Caesar the things that are Caesar’s, and unto God the things that are God’s”. What this means is that God wants you, not your money. In George, my hometown, there’s a church whose congregation would give their last two cents to the church solely because the pastor convinced them that God wants them to give all they have to the church.

Now don’t get me wrong, the church needs resources to function properly, but there are people running churches like businesses. Money rules everything and the danger is we forget to listen to the voice of God. He wants you. The church wants your money, there’s a difference.

Number four: “Judge not, lest ye be judged.” Try this: walk straight, but look everywhere but in front of you. See how difficult it is to focus on moving forward if you keep looking at what others are doing?

This is what happens when you judge other people. If Jezebel wants to “twerk for real niggas”, let the woman twerk. You don’t have to do it. Live your life. Keep at your hustle. It’s hard enough out here, so focus on your life.

Well not all of us are perfect. “Let he who has no sin cast the first stone.”

In conclusion, the purpose of this list was not to convert people to Christianity. It’s not a warning for sinners to repent and it’s not a call for all of us to hold hands and sing: “We are the world”.
This is just my observation. And I hope it will make people think.