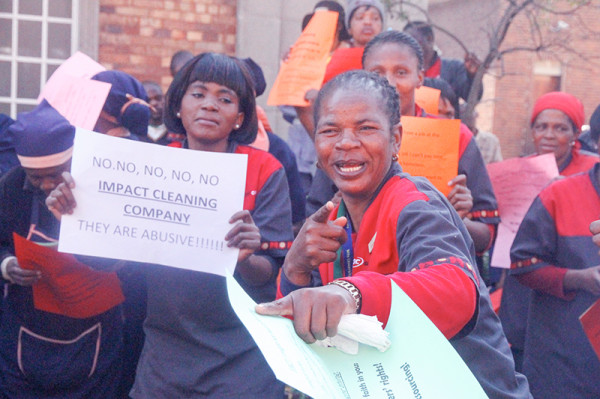 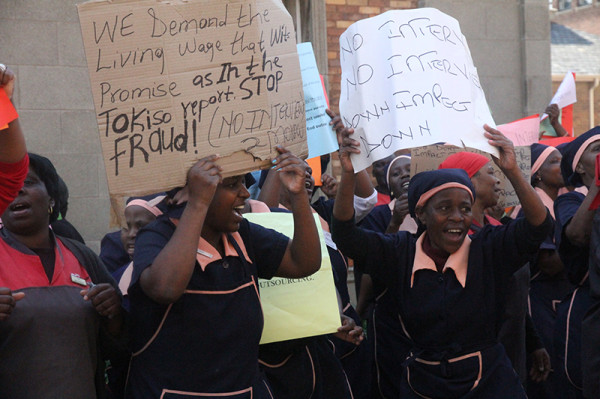 MANY areas on campus, especially residences, are filthy as Wits cleaners continue striking for an increase in wages.

Third year law student, Kagiso Manamela, believes that “in difficult times [such as the current workers’ strike] it is the duty of the SRC and campus societies to push everyone to clean after themselves and ensure that our campus is well maintained”.

Wits has more than 70 registered clubs and societies and Manamela says that if they work together then “a clean campus conducive for studying can be achieved”.

SRC president Morris Masutha said the SRC supports the cleaners’ strike and therefore making efforts with clubs and societies to keep Wits clean will “sabotage” the cleaners’ cause.

“We will remain anti-hygiene until the cleaners’ demands are met. The biggest demand we have is that Wits must own its own cleaning staff instead of it being outsourced,” Masutha said.

Clubs and societies at Wits engage in different activities such as sports, religion, entertainment and politics. This then raises the concern of whether it is in the interest of these clubs and societies to diverge from their daily scope and deal with alternative issues such as efforts to clean Wits campus.

Demography and population studies honours student, Richard Machava, says that “societies should work together to eliminate the problem instead of only focusing on their own issues because the current strike affects us all as Wits students regardless of which society we belong to”.

Matome Rampedi, chairperson of Campus Outreach, an organisation dealing with biblical ministry, says the difficulty that plagues students is the “naivety that if campus is dirty, it is somebody else’s duty to deal with it” which leaves people reluctant to make efforts to maintain cleanliness.

Regarding clubs and societies working together to initiate efforts to clean Wits campus, Rampedi said: “There is a role to be played by each of us, but as a society getting involved in something which is not directly linked with the work you do, can be time consuming and a huge challenge.”