Atman, an ineffable exploration of colours.

Armed with works on canvas, paper and cloth, Wits Fine Arts Masters student, Sheekha Kalan exhibited her art work as part of her Masters project this week at the Wits Fine art project space, The Point of Order. 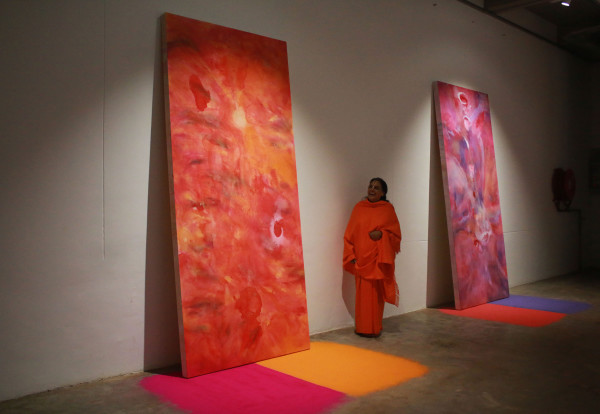 An exploration of expressions of personal understanding through ineffable use of paint, cotton, colour, powder, pencil and space. The artworks left the visitors indulged with creative curiosity and challenged them with the intellectualism of modern art.

Describing her exhibition as “connecting the creativity that is within a person”, the MA student hopes one day she will change people’s perspectives through her art.

The nature of exploration has been central to her work: the threshold- the self as the subject of individual consciousness, the soul, and the supreme personal principle of life in the universe….the Atman.

Her Masters Research topic is on: Encounters with the Ineffable in Selected Artworks by Anish Kapoor and Karel Nel. 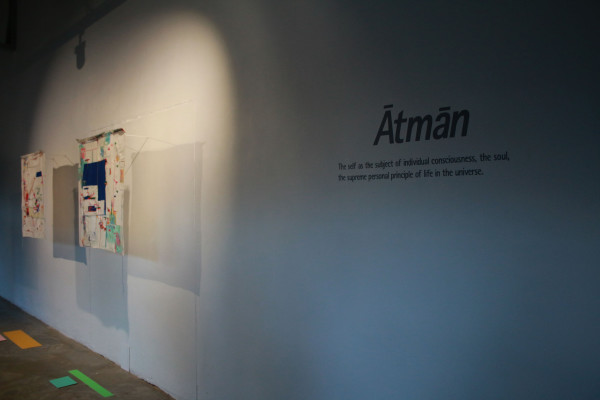 ATMAN: Kalan’s work explores the self as the subject of individual consciousness, the soul, and the supreme personal principle of life in the universe. Photo: Litaletu Zidepa.

“The ineffable describes that which is too great or profound to be expressed in words and is often linked to the spiritual; the fluid and unfixed, the transcendence and the notion of revelatory,” she said.

In previous installations, Kalan has used a fusion of wood, cotton and wool, an intrinsic to her artistic exploration, which she explains as “creating environments that would draw the viewer into a contemplative and emotive space.”

“I am interested in drawing connections between spatial experiences and inward reflection or contemplating experience.”

The presentation brings together canvas, powder pigments, cotton and thread, transparent plastic and pencil on paper, and  uses these elements to articulate a foreground of a spatially experiential dimension.

The exhibition presented a range of colours, light, scale and materiality which are important elements in  Kalan’s work. When asked about these elements, Kalan said: “Through my articulation of these elements in the gallery space, my intention is to present works that will open up a contemplative space for viewers that may generate an ineffable experience.”

For a participant at the exhibition, this experience aims to showcase a process of drawing out from the invisible into the visible which awakens a stronger perception of the life force termed Atman by the artist.

“The self as the subject of individual consciousness, the soul, the supreme personal principle of life in the universe.”

Using inspiration from her muses, Kapoor and Nel, Kalan said: “I examined how both artists use their chosen materials, forms, and means of display in their artworks to perceptually engage the viewer in ways that can be seen to connect to ideas of [the] metaphysical.” 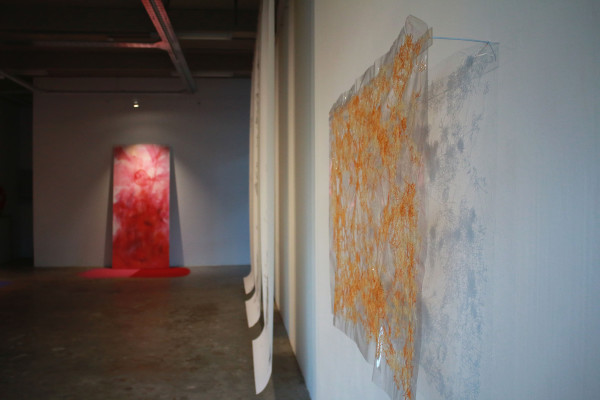 ENCOUNTERS WITH THE INEFFABLE: the exhibition presented canvas, powder pigments, cotton and thread, transparent plastic and pencil on paper, articulating them to foreground a spatially experiential dimension. Photo: Litaletu Zidepa

On the subject of art in South Africa and upcoming artists like herself, Kalan said: “I feel like the art field is becoming more open and accepting of different people and different ideas, which I find very inspiring. Everybody is supporting each other to be more creative.”

The Atman exhibition by Sheekha Kalan is still showing at the fine art project space, ‘The Point of Order’ at corner Bertha and Stiemens street, Braamfontein. 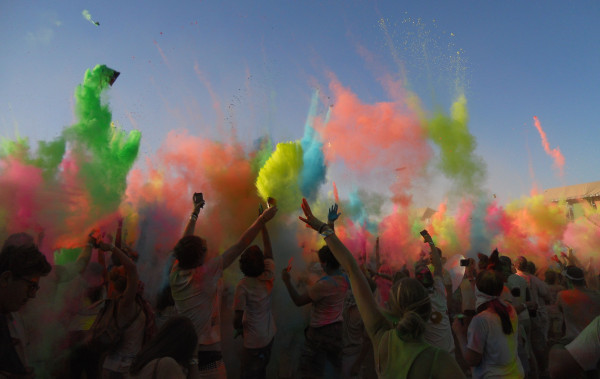 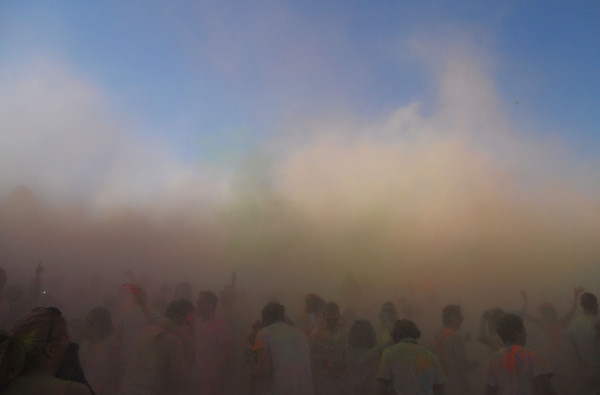 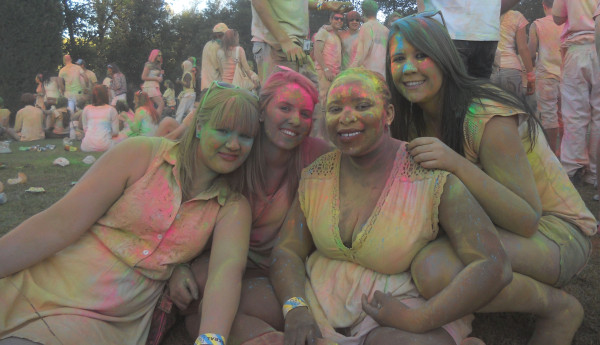