Moonlighting love doctor, Simmi Areff, on love (and other jokes)

Local comedian offers much-needed comedic relief after a month of increased incidences of gender-based violence and xenophobia across the country.

END_OF_DOCUMENT_TOKEN_TO_BE_REPLACED 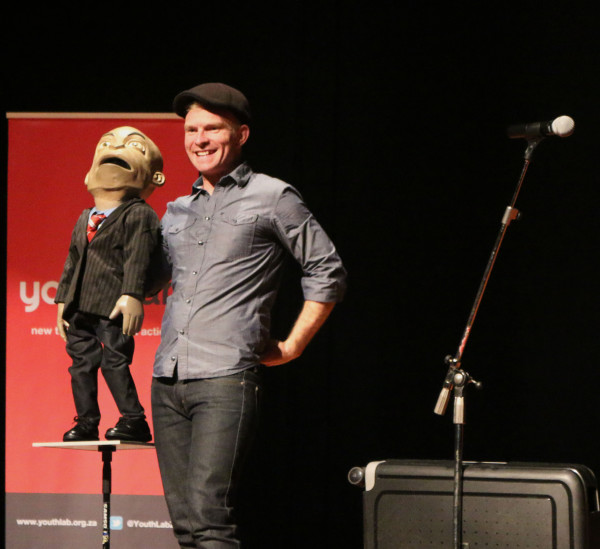 The country’s most famous puppet comes to the Great Hall this Friday night. Chester Missing will join a host of other comedians at 8pm in an event hosted by YouthLab.

Together with Mojak Lehoko, Alfred Adriaan and Lihle Msimang, Missing will perform in aid of two Wits students and some of YouthLab’s projects.

Pearl Pillay, a Wits Masters student in Politics, and one of the organisers of the event, told Wits Vuvuzela that the idea of a comedy show came after a discussion they had with Messing.

The students were scholars at Matseliso Secondary School in Soweto and passed matric with flying colours but were only partially funded. YouthLab launched a library project for the school in the past.

Adriaan told Wits Vuvuzela that students can look forward to a funny-to-the-point comedy. “I don’t hold back and my comedy is centred around life and the funny things people do”, he said.

He said he wanted to give back to the community because he was also given an opportunity to study in the form of a scholarship.

Msimang said that she decided to participate in the comedy show because “it is an honour to help a young mind get an education, to further grow this country”.

Pillay said that it only made sense for YouthLab to host the show as they deal with politics and political satire is big in the country.

“Comedy is also a great way to raise awareness and stimulates thought in a way that’s not tiring,” she said.

“Wits alone has given Chester a lot of material so expect customized comedy.”

According to Pillay, the comedy show is going to be “absolute madness and Wits alone has given Chester a lot of material so expect customized comedy”.

WITS I will be there next week. Bring that Hitler supporter. pic.twitter.com/XrTr0N3w7M

YouthLab is a three-year-old organization and recently launched a branch at Wits. According to their website, some of their objectives include: educating the youth on key issues of policy, society and economics in South Africa and also creating a platform for young people to have open discussions with political parties.