The youth still fights to be heard, 46 years later

On June 16, the youth of 2022 braved the cold weather and hostility from authorities to sound the alarms


Disappointment was etched on the faces of several young marchers, as the memorandum with their demands was handed over away from public view, at the ‘Youth Day Parade’ hosted by the Ahmed Kathrada Foundation (AKF) on June 16, 2022.

Instead of collecting the memorandum in front of the crowd of about 200 people gathered on the Union Building’s lawns, those leading the parade met with representatives from the presidency on the side lines.

“I am feeling disappointed because we went through a lot to come and deliver this memorandum; from organising and mobilising. We were expecting someone from the presidency to come and receive this memorandum,” said Zamajozi Sithole, projects officer of the youth leadership program at the Nelson Mandela Children’s Fund.

“[It] just tells me that young people are still not taken seriously, and it does make me question: will our memorandum be taken seriously?”, said Sithole.

Simon Witbooi, member of the Khoi community that has been camping outside the president’s office for over three years in protest, said he had “seen protests like these” come and go, with nothing done once memorandums are handed over.

But officials promised this time would be different and the issues would be deliberated and resolved. A tall order, considering some of the demands.

The memorandum made calls for better service delivery, climate justice, sustainable employment for youth, a universal basic income of R1 500, and the eradication of corruption, xenophobia, and crime.

Cameron Rodrigues, a University of Pretoria student, said she wanted the government to start listening to the youth’s voices calling for “climate justice” as it equates to education justice.

Calling for gender equality, Soul City Institute social mobiliser, Nathi Ngwenya said, “we are against patriarchy” and could work with government to bridge current inequalities.

The parade commemorated the 46th anniversary of the 1976 Soweto Youth Uprising, where students protested the Apartheid government’s efforts to make Afrikaans the medium of instruction in township schools.

Speaking to Wits Vuvuzela, Zaki Mamdoo from AKF said: “the youth are the answer. We have solutions to our crises, we are able to lead, organise and […] to present ourselves as the hope for the future of this country”.

The foundation plans to meet with involved stakeholders on July 16, 2022, to follow up on the progress made in meeting their demands.

FEATURED IMAGE: Children as young as eight joined in on the march, putting their best feet forward to secure their future. Photo: Keamogetswe Matlala

Former Public Protector Professor Thuli Madonsela believes all hands must get on deck to fight in the war against corruption. END_OF_DOCUMENT_TOKEN_TO_BE_REPLACED 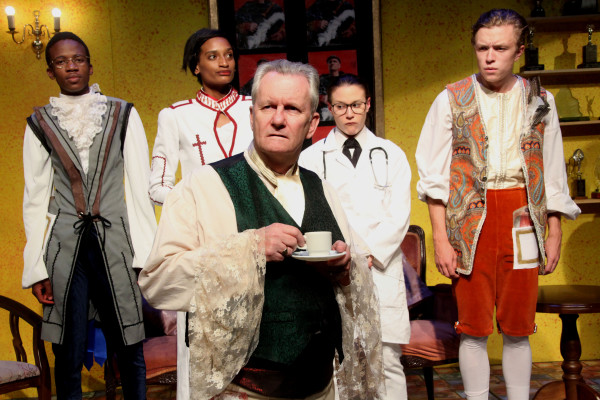