Nomalanga Mkhize is a lecturer in the history department at Rhodes University. She is a project coordinator for non-governmental organisation Save Our Schools and writes books for children in African languages. With Women’s Day nearly upon us, she speaks to Wits Vuvuzela about women in society and gender equality.

Given that it has been 20 years of democracy, have we made progress in developing women’s roles in society and enforcing their rights?

Yes and no. We have made a lot of progress particularly in terms of reproductive rights, free basic health care to pregnant women, bringing certain discriminatory aspects of customary and religious laws in line with the constitution, creating opportunities for women in the workplace.
However, we also remain a very violent and unequal society and women usually bear the brunt of that depending on their class position and living conditions. 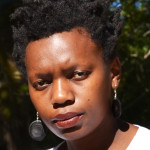 What can be done to improve the equality of women in society?

There is no one single answer, but we need a framework that recognizes that patriarchal cultures and attitudes are the root of the problem, we can’t see the problems women face outside of changing the culture that sees them as secondary to men, particularly in the private sphere of the home and relationships.
But if we had a single solution to free women, it is to give them economic independence so they can have greater choice and control over their lives.

Is the standard of education for girls at an acceptable level?

The quality of education for the majority of children in South Africa is unacceptable. Regardless of whether they are boys or girls, our children are not getting an education that will give them future choices.
Of course girls face specific problems with regard to education relating to lack of recognition of menstrual rights and stigma when falling pregnant while still at school.

Do you think social media platforms are effective in communicating campaigns about education?

No they are not. They raise awareness amongst a small group of people but rarely translate into the real world.

How do you feel about the #WearTheDoek campaign?

I think it’s stupid and offensive. Whoever came up with that idea is insulting women across this country and should be embarrassed.

What do you think are more progressive campaigns?

There are many campaigns, I will highlight one. There are campaigns and research led by the like of the Rural Women’s Movement and feminists such as Nomboniso Gasa to fight against laws such as the Traditional Courts Bill that discriminate against rural residents and particularly women.