INFOGRAPHIC: Afraid of getting hacked? Follow these easy steps

Hacking is a form of cyber abuse, it’s an invasion of privacy that usually has an element of theft. Whether it be identity theft, stealing access or for financial gain. This infographic is to spread knowledge about this amplified criminal act that has taken over our virtual streets.

While these are steps to help you protect yourself online, they are not guaranteed. 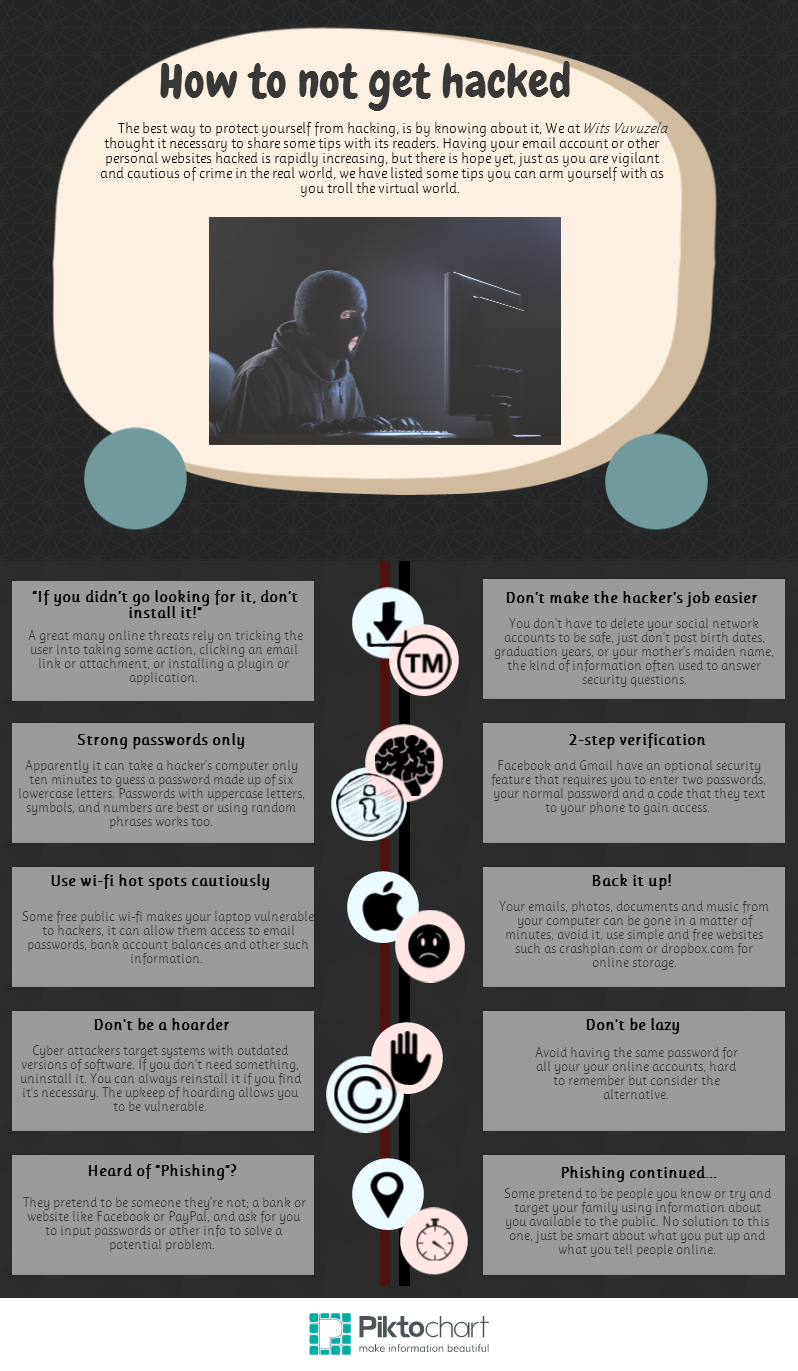