A group of Wits alumni is working towards giving young people in rural areas the chance to be graduates one day.

Its main aim is to bridge the information gap between rural high school learners and their urban counterparts.

During a recent career guidance project in rural Limpopo, the group learnt many students were unable to apply to university because they did not have the right information. Others believed there were no funding options outside of their parents’ or guardians’ pockets and chose not to apply.

Masutha said they want to give rural learners “informed access” to campus.

“We try and make sure that rural high school learners have access to information about the already ever-changing enrolment system in universities.” 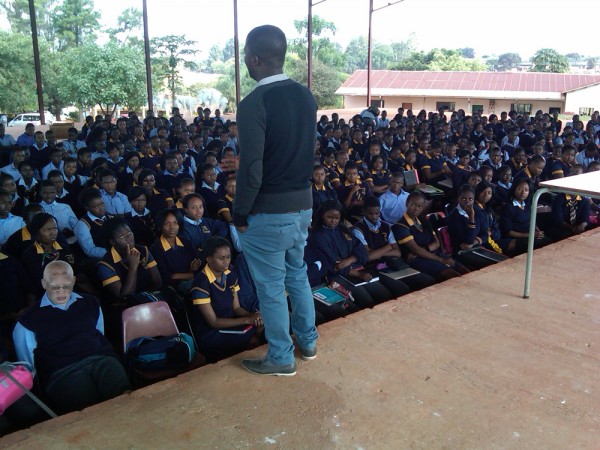 Student funding was also a focus for the project. Masutha said more than half of the applications for financial aid were rejected because they were not submitted correctly or completely.

He said many undergraduates drop out because they do not have access to career guidance before they get into the system.

Dean of students Prem Coopoo funded the project with additional funding from the Good Start Foundation.

Masutha said matriculants are also encouraged to go to FET colleges because there is “very little space” in universities.

He said the group was hoping for many more volunteers to reach as many rural areas as possible.

Dakalo Mathivha, 1st year BSc, graduated from high school in Limpopo but did not know how to apply to Wits.

“The moment he [Masutha] came, that’s how I knew what I was supposed to do.”