Q & A with Debora Patta 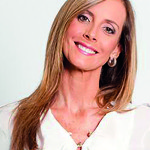 Journalist Debora Patta is a familiar name in South Africa after more than 20 years in broadcast news. She has covered a variety of stories, including the trial of Oscar Pistorius and the kidnapping of more than 200 Nigerian schoolgirls in Chibok. She talks justice and media to Wits Vuvuzela:

Given your experience in the media, how has the Oscar Pistorius trial being televised changed the face of open justice in South Africa?

What it’s done is it has allowed South Africans the opportunity to understand for themselves how the judicial system works. The interesting thing for me, I would get a lot of tweets from South Africans who didn’t understand the basics and would ask questions like: “Why is Barry Roux talking all the time”, “Why is there no jury system?” Perhaps because they have gained their understanding of legal processes from American television.

Has the Oscar trial set a high standard for what South Africans can expect out of our justice system?

The televising of the Oscar trial was very important because it gave South Africans an opportunity to see how justice can be done at its very best. Now bear in mind that is not the experience of the average South African. A lot of South Africans do not have the experience that Oscar Pistorius had with exceptionally paid and skilled advocates like Barry Roux defending him, the very best prosecutor put on the case. Every element of the case has been tested and re-tested and scrutinised over and over again. But this is the best case scenario and in a constitutional democracy as South Africa, this is the kind of judiciary that we should expect and South Africans should demand.

Debora, you covered the #BringBackOurGirls campaign in Nigeria. Do you think that is has received more media attention than the Oscar trial?

#BringBackOurGirls, in my opinion that is actually a far more important story. Because what it’s profiling is a situation that’s continued in Nigeria for many years now, it’s only gained international interest because of the number of girls that were abducted in April. Over 200 Chibok girls. That is why it gained traction in that sense but the story itself has been around for a long time and it’s actually to our shame as the media that we haven’t covered it more proficiently in the past. The hashtag itself garnered a lot of criticism, I think it was important because it focused worldwide attention via social media on the plight of the Chibok girls.

What has it been like working on the two most controversial events of 2014 and the international exposure that has followed?

I think the Oscar Pistorius case is not the most worthy journalistic story, let me put it like that, on some levels it’s a fairly tabloid story. At the end of the day it’s one rich white man’s quest for justice and we’ve spent an exorbitant amount of time covering it … Whether that’s right or wrong is another question.