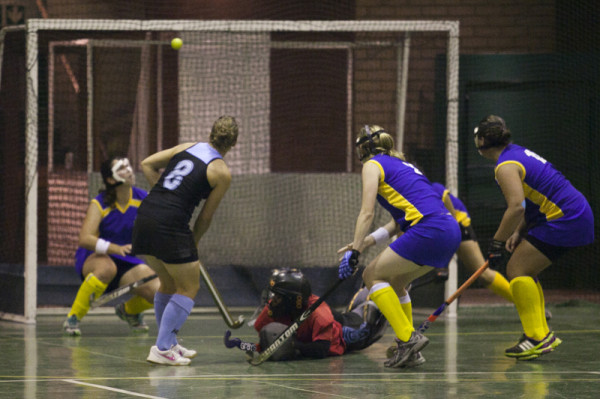 Shooting High: The Wits Hockey Women, in blue and yellow, watch as a shot by Jeppe St Andrews midfielder Jules Cass, in black and blue, goes toward the goal. Wits lost the game 6-3.

Wits got off to a good start at the beginning of the game. They produced a number of neat plays along the board and managed to get behind Jeppe’s defence to test the keeper. The pressure continued to build for the Witsies and within the fourth minute Wits were rewarded with a penalty corner. Witsie and former South Africa U21 defender Demi du Toit stepped up to slam home a drag flick from the top of the D to put Wits up 1-0.

Jeppe managed to shake off the goal and soon after began to turn the tide against Wits.

Wits conceded a number of interceptions along the forward line which allowed Jeppe to counter attack in force. This proved too much to handle for the Witsies as they conceded a pair of penalty corners. In the 11th minute Jeppe’s Roxanne Turner drew the sides level with an un-saveable drag flick in the bottom right hand corner.

Jeppe’s Jules Cass, a former Wits student, added another goal from a penalty corner in the 15th minute.

One minute before halt-time, Wits manage to scrape the scores level after Witsie striker Jaime Martin found a gap in Jeppe’s defence to set up an easy tap in for Wits’ Gabirela Garcia.

During the second half Wits struggled to get the ball out from their own 16 yard hits, this was mainly due to a change in strategy from the Jeppe side who stepped higher in defence preventing most of the ball getting to the Wits forwards. Jeppe showed great composure and awareness and pulled any chance of a victory away from Wits.

In quick succession Jeppe scored two goals in the 22nd and 25th minutes to put Wits 4-2 behind.

Wits came back with another goal from Du Toit in the 27th minute, this time taken from a penalty stroke.

Wits goal keeper Zimisile Shange was peppered with a number of shots from all corners of the D. The students were lucky to leave just two more goals unanswered in the 29th and 33rd minute as Jeppe put the score line to 6-3.

Wits coach Peter de Lange threw in one final gamble by replacing Shange with an extra outfield player with three minutes to go. The change in strategy was ineffectual in returning a goal but did manage to stem the flow of goals as players were able pick up loose unmarked players.

After a comfortable 5-3 win last week Wits’ hopes of keeping with the top competitors in the league took a major knock after the loss. 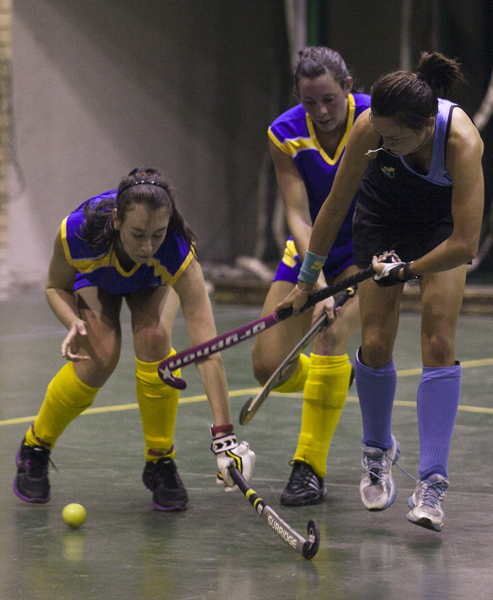 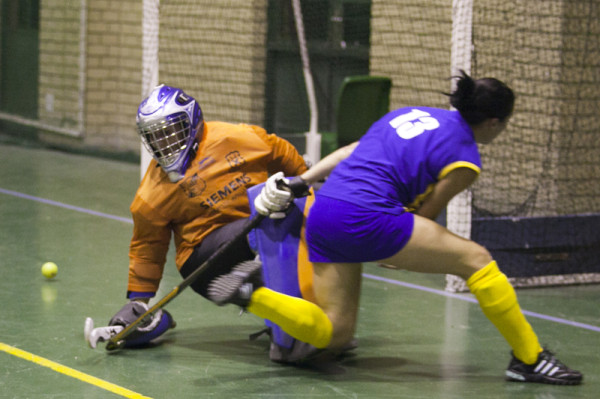 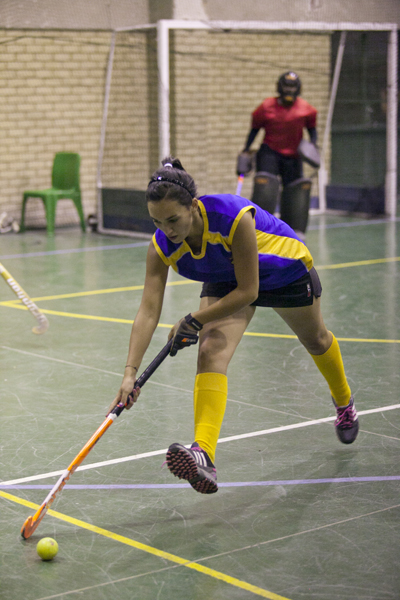 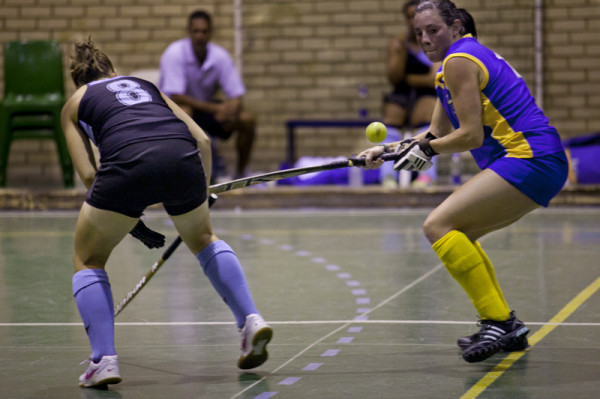 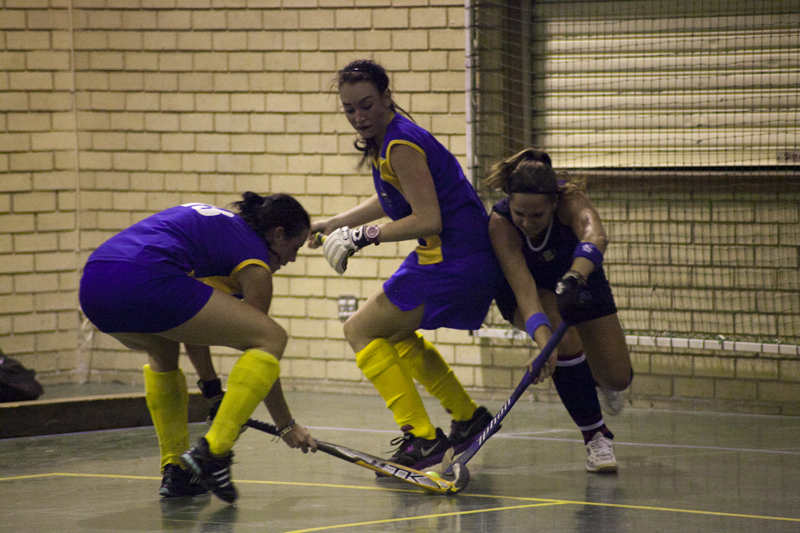 Playing in their first game of the Indoor Season, Wits 1st Women’s Hockey put to bed a half-asleep Crusaders 1st with a comfortable 5-3 win, at the Fourways High School Indoor Hall on Monday evening.

From the start of the game Wits’ manoeuvres up front proved to be too difficult to keep track of for the Crusaders defence.  One of Wit’s new signings, Kirstin Simone, found herself with acres of space in the 7th minute at the top of the D and neatly slotted the first goal of the game.

Shortly after, Simone found herself in a similar situation and calmly dribbled the keeper to put Wits 2-0 up in the 10th minute.

Crusaders’ Des Miller managed to get a grip on the game for her side after she pulled a goal back just before the stroke of half time in the 19th minute.

The second half  saw Crusaders begin to have more and more of an influence on the game.  But Wits Captain Jamie Martin halted the Crusaders build-up after she dribbled the Crusaders goalkeeper, on counter attack, in the 23rd minute and gave Wits a two goal cushion.

Thanks to a brilliant piece of individual play by Crusaders striker Sarah Harley, Crusad 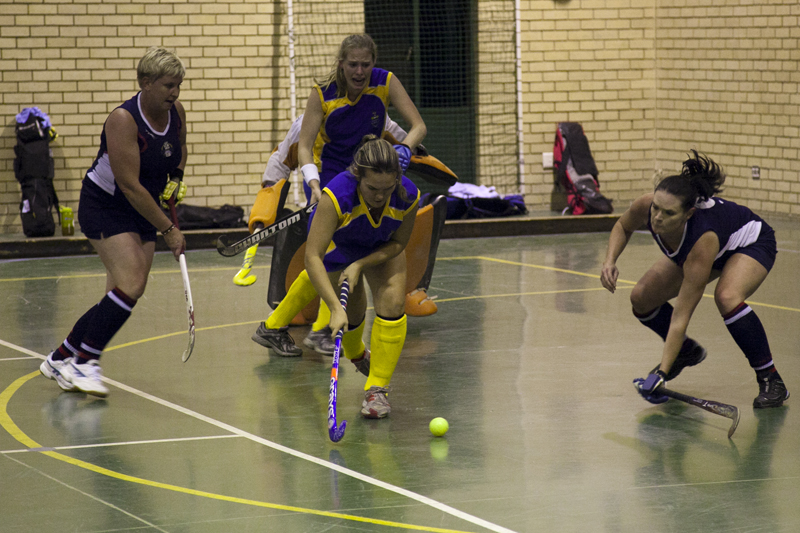 ers managed to pull another goal back to bring the score to 3-2.

Wits sat back and cushioned a steady stream of pressure from Crusaders. As a result Wits conceded a number of penalty corners. But Crusaders didn’t take advantage of the corners, mainly thanks to some acrobatic aerial saves from Wits goalkeeper Zimisile Shanghe.

Crusaders ended up committing too many players forward leaving too much space for Wit’s strikers, who positioned themselves for the counter attack opportunities. Wits defender Demi du Toit found Simone once again unmarked on the side boards high in Crusaders territory. Simone duly converted leaving the score line at 4-2, and completing a hat trick for herself.

Crusaders threw in a final gamble by substituting their keeper with another striker and opting to play with six outfield players. The strategy seemed to be paying off as Crusaders continued to have shots on target. But Wits’ Martin cornered a lone defender and slotted a 5th goal.

Crusaders Heidi Tessendorf managed to squeeze in one final goal in the 38th minute but it was a case of too little too late for the losing team.

The final whistle blew with Wits winning the match 5-3 and announcing their introduction to the 2013 season. 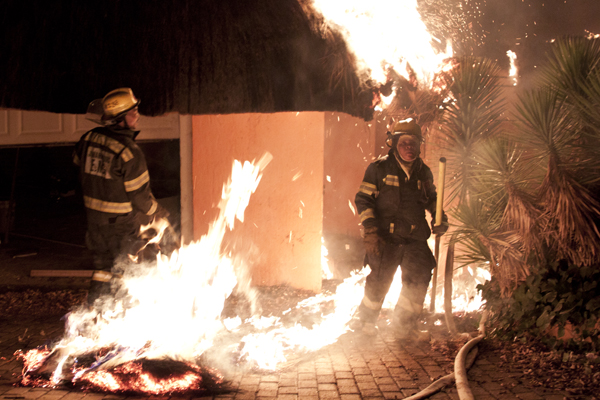 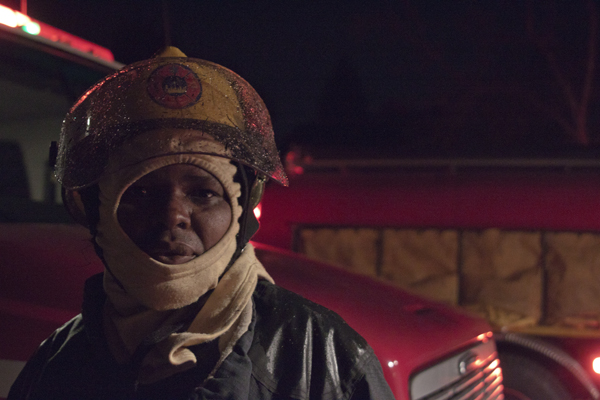 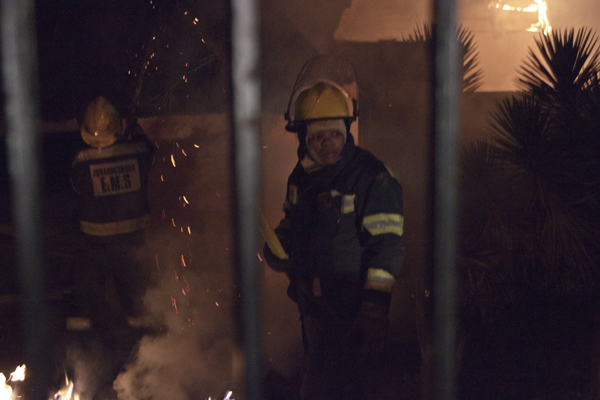 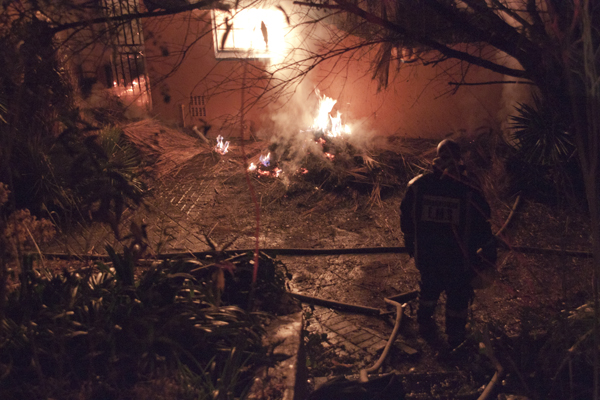 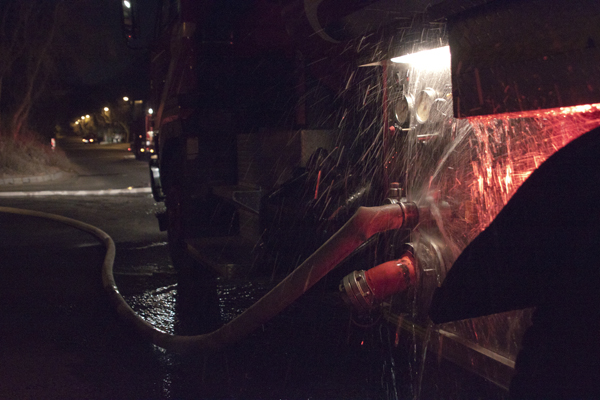 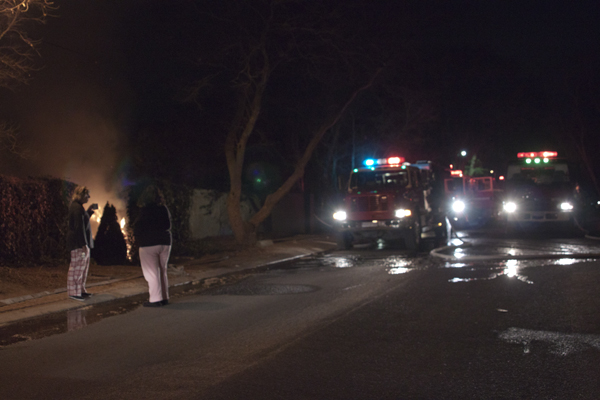 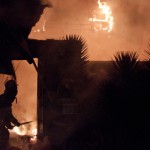 Preventing climate change is no longer the issue – we must adapt to it.

This was the message of photojournalist Jeffrey Barbee at the screening of his documentary Creating a Climate of Change at the Wits Origins Centre on Tuesday.

Barbee, who studied climatology as a young researcher, said huge issues in Africa, like AIDS and starvation, were compounded by climate change. Climate change adaptations, like conservation farming and the restoration of ecosystems, provided jobs, food and tourism revenue for communities.

Conservation farming makes the best use of resources in a variable climate.

Barbee said that when people watched the film they should think: “Ah, we can do something. If they [African communities] can do it, so can we.”

He hopes his film will reach as many people as possible, but said he needed funding to bring it to poorer communities without internet access.

Although this documentary focuses on rural adaptations, his next documentary would present urban solutions. Barbee believed conservation farming could be applied on a commercial scale, based on his experience of a Zambian project.

“We all need to be part of the solution,” he said.

He concurred with scientist Francois Engelbrecht that climate change would definitely happen.

Engelbrecht, an atmospheric modeller at the Council for Scientific and Industrial Research (CSIR), told the audience the reliance of the world’s economy on fossil fuels had committed us to climate change. Even if greenhouse gas emissions were kept at a level that limited global temperatures to a 2˚C rise in the next century, southern Africa’s temperatures would still rise by 4˚C.

Wits’ Global Change and Sustainability Research Institute was recently established to research “adaptation and innovation in the rapidly changing southern African region”. Climate change is a major cause of these changes.

The documentary can be seen at: http://www.youtube.com/user/jefftube4view?feature=watch.