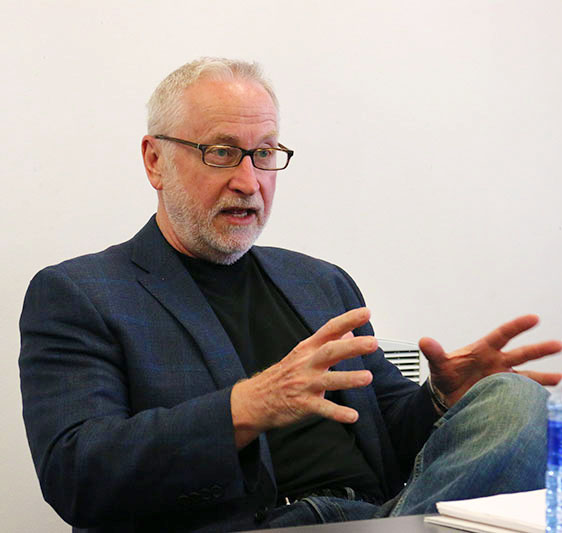 “A few people can make a difference in journalism,” according to Doug Frantz, assistant secretary of state for public affairs in the USA.

Frantz, who previously worked for former Senator John Kerry, spoke to the Wits Journalism department in Johannesburg today, as part of his visit to South Africa.

Addressing staff and students, the former journalist reflected on his 35 year long career where he worked at the Washington Post, Los Angeles Times and New York Times.

[pullquote]“If your mother says she loves you, check it out.” This is at the core value of what democracy asks of you as a journalist.[/pullquote]

Describing his current position in government in relation to his previous work as journalist, Frantz said. “I’m the guy who comes in when there are nasty, controversial or important stories to be heard, when I use my credibility [as a former journalist].”

He said that he simultaneously serves the state department and administration and the journalists themselves, because “there is nothing worse than getting your facts wrong”.  Frantz said one of the first things he learnt as a journalist is: “If your mother says she loves you, check it out. This is at the core value of what democracy asks of you as a journalist.”

One thing he encouraged young journalists in training to do is “retain the ability for the sources you deal with to trust you”. At the same time, he expects politicians to “never lie to the press.” It is a relationship that can survive only on trust.

He admitted to sometimes wishing he was still a journalist and values the years he spent as a reporter in particular. “If you pick a job you love,” he said, “you’ll never work a day in your life.” Frantz

When asked to compare South African and American media he said: “South Africa has a vigorous and largely free press. In the US we’ve been at it a little longer and it is embedded in our DNA to push a little harder.”

Our job as journalists is to put forward facts, not without judgement but without bias, Frantz said. “It’s the coolest job in the world.”

In 2002, Frantz was part of the The New York Times team who won the Pulitzer Prize for Public Service in the aftermath of the 9/11 tragedy.