END_OF_DOCUMENT_TOKEN_TO_BE_REPLACED

STORIFY: Local is lekker in radio

If this storify does not load automatically, click here.

On Monday Wits Vuvuzela journalists, Rofhiwa Madzena and Thabile Manala were invited to an interview by radio DJ 88 Keyez at VOWFM. This following the backlash from various student bodies after an article which was published by the journalists about Mcebo Sisulu who, in the article confessed to lying about his identity.

Following the interview on Monday, Rofhiwa and Franz Kruger, acting Head of Department at Wits Journalism went on VOWFM’s current affairs show Breaking Ground to discuss the issue further with the EFF Wits’  Tokelo Nhlapo. The EFF Wits released an official statement slamming the story which published on Sunday.

Professor Franz Kruger, an ethics specialist, has looked back to the most talked about Wits University story this year and is surprisingly positive in his opinions.

Kruger , Director of the Wits Radio Academy believes that there were many positives in this case being made public, and reserved glowing praise for the manner in which the Wits Vuvuzela handled it.

Kruger, who is also the ombud for the Mail & Guardian and a member of the SA Press Appeals Panel acknowledges that this  issue is a problem in a lot of colleges and universities, “and from what we hear, it has been a problem at Wits for some time.”

“I think the fact that this thing has come out in the open in the way that it has is positive, for it has reminded us that we have a duty of care, that students feel safe, that this kind of stuff is beyond (the university),” he points out.

He credits the campus media for championing this case, and points out that it was once the campus media and mainstream media had named one or two lecturers that the campus instituted inquiries and ‘did various other things.’

“It is good that it has happened, but it should not have taken this long,” the journalism professor states. “It should have been handled more quickly.”

Kruger believes that once this matter was out in the public domain, it sparked a discussion on campus about this issue; ‘and I think that has been a good thing.’

Kruger, who is the author of the book ‘Black, White and Grey: Journalism Ethics in South Africa, says the Wits Vuvuzela made the right decision in deciding to name the professor accused of sexual harassment.

“I think one has to think carefully about naming (in any story).  The test for me would be firstly, is one very sure of the facts; can one make a strong case about public interest; and I do think that the reporting that happened here met those tests,” he states.

However, there was a concern about claims of lack of clarity on one of the people writing the stories being alleged to be writing about herself. This, Kruger says, could have been handled better.

“It would have been better there to have been separation about the reporters and the people who were complainants,” he states.

However, it was not necessarily a fatal flaw. “It is of course particularly difficult where you are talking about media within an institution and within a journalism department where in fact you don’t have teams and teams of reporters and the numbers are limited.”

“As unfortunate as it has been for the people involved, I think Wits Vuvuzela did a real public service by bringing it out,” he said.

However, in the wake of this sexual harassment case, do lecturers now have to be particularly conscious of their teachings methods? How do they relate to the students now?

For Kruger, the simple answer to this is that it should not affect the way lecturers behave themselves around the students.

On a personal level, Kruger reveals that he always feels  that he behaves in a way that would keep him safe from any allegations of that kind, “so I have not felt the need to behave any differently,” he reveals.

His advice to the other lecturers is that If they feel the need to deviate from the way they teach, then it means there is a problem with the way they were teaching beforehand.

“If you were behaving in a way that is in fact proper then there is a problem. I have certainly not felt the need to deviate any way.” 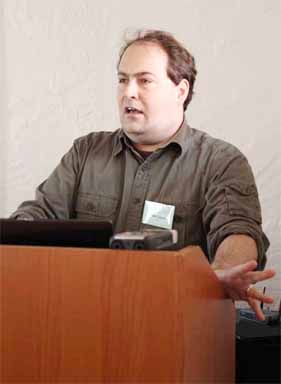 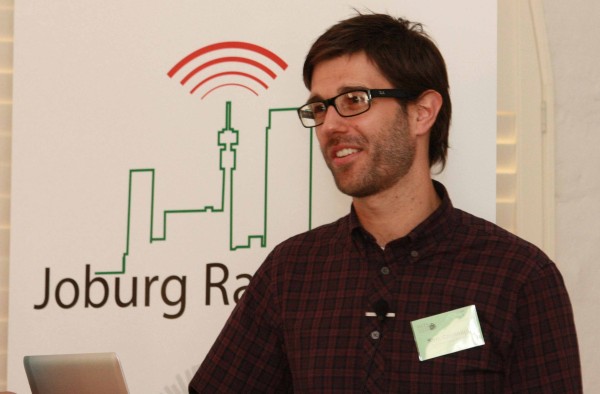 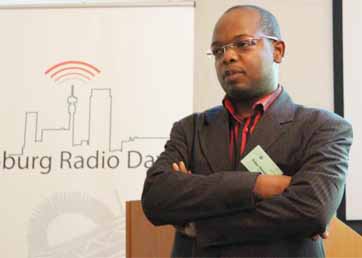 The annual Joburg Radio Days international conference will take place from 3 – 5 July 2013 and the programme promises to be bigger and better than before, with top South African and overseas speakers.

If you’re in radio, you can’t afford to miss this important event on the radio calendar. Hosted by the Wits Radio Academy the conference is the only one of its kind in Africa.

There are sessions of interest to commercial radio, public and community radio; to producers, managers, marketers, editors, DJs; veterans and newbies – anybody with a passion for radio.

Come to a morning, a day or the whole conference.  Applications to attend the conference are now available online. Click here for more information on the topics and registration.