Mngxitama: ANC has failed the ideals of Steve Biko

Mngxitama was speaking at the first in a series of lectures that commemorates the life of Black consciousness leader Steve Biko.

Speaking about the ideals of the Black consciousness movement to an audience of about 100 people, Mngitama said “[The] ANC has destroyed the capacity of blacks to take themselves seriously”.

“No sane person can defend the ANC … at least [give] a rational defence, at least [give] a pro black defence.” Mngxitama said that in South Africa people black people have to fight for RDP (Reconstruction and Development Programme) housing even though they should be entitled to these homes. He said many South Africans are not aware of their entitlements as citizens because of the ANC.

Mngxitama said the problem with the ruling party is that its policies are inherently “anti-black”  He argued that Black consciousness as an ideal runs counter to non-racialism as the latter does not recognise “the black situation”. He said even the Freedom Charter, which was written by the ANC in 1955, is suspending black thought because its ideals do not empower black people.

Responding to recent incidents involving his party in parliament, Mngxitama said that “parliament is not a place of truth” and said that radical movements like the EFF are meant to turn places like parliament upside down. 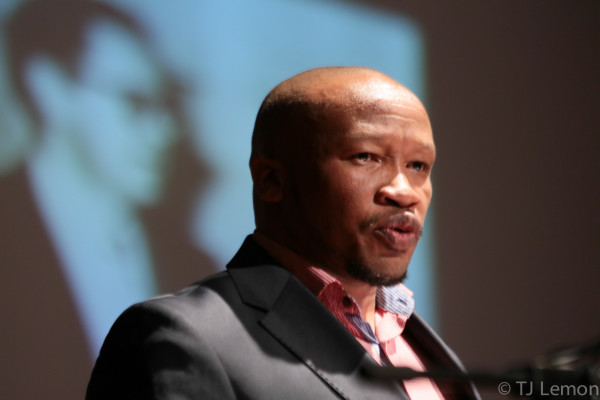