After the “Fuck White” protest created a stir on social media a complaint has been laid against Facebook comments made on a picture featured in the Wits Vuvuzela account. END_OF_DOCUMENT_TOKEN_TO_BE_REPLACED 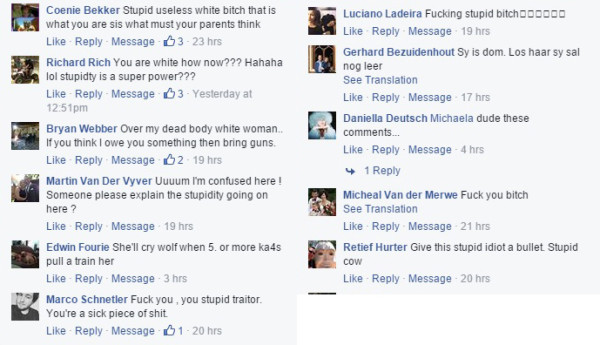