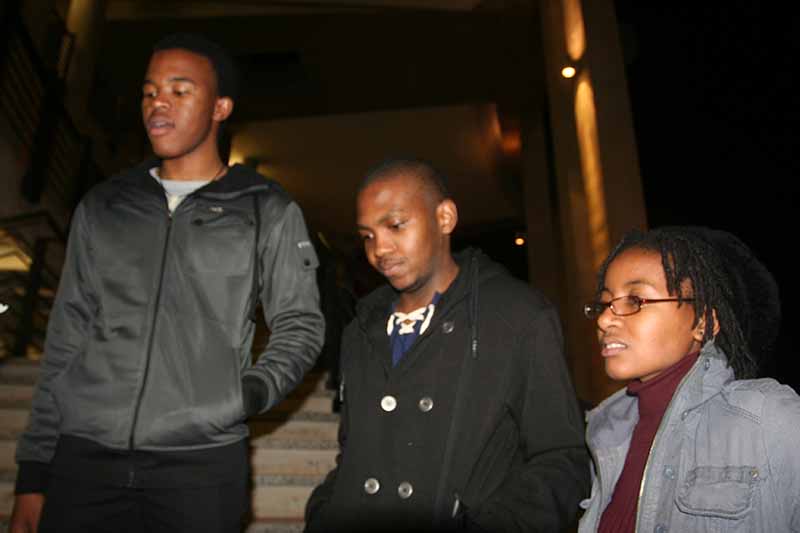 THE discovery of a massive collision of galaxies in space, a complex and massive astronomical riddle was made simple by Witsies.

This was all revealed at an astronomy talk chaired by Director of the Cosmic Dust Laboratory Prof David Block, at the new Wits science stadium on Monday night.

The talk was part of National Science Week hosted by Wits University all week to put the spotlight on science and technology research.

“No other team of astronomers had discovered this [collisions of galaxies]. This happened on our door step. Wits Applied Maths solved the riddle, solving a 200 year old riddle,” Block said.

School pupils and university students were part of the audience and were treated to graphical images of galaxies, space and years of research conducted by the Wits science team.

Block said the challenge was making people interested in science, as he is involved in an astronomy outreach programme which brings “1000 students” to Wits.

[pullquote align=”right”]”There is now a paradigm shift in sciences and it’s amazing to learn new things.”[/pullquote]

Bavukile Dlamini, 3rd year mechanical engineering, said he was inspired by the astronomy talk and that Wits was at the forefront of astronomical research.

“It was very interesting and informative. There is now a paradigm shift in sciences and it’s amazing to learn new things,” Dlamini told Wits Vuvuzela.

While Zwane Sicelukwanda, 1st year BSC computational and applied mathematics urged young people to be involved in sciences as the industry has a lot of “old people”.

Through his astronomical research career, Block met renowned physicist Stephen Hawking and former president Nelson Mandela and joked that “UJ [University of Johannesburg] was not there”.

The Wits Science week runs from July 29 to August 2.

Wits Vuvuzela: National Science Week: Be an archeologist at Wits for a day