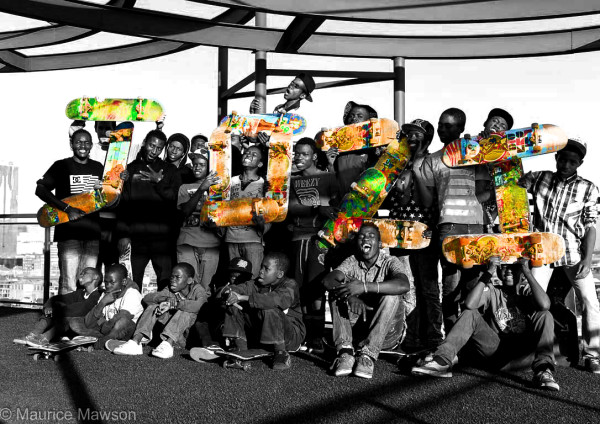 Jozi Skateboarders will be out at the Maboneng indoor skatepark to celebrate Go Skateboarding Day. Photo: provided

One Love Skate Expo will be celebrating the 11th Annual Go Skateboarding Day (GSD) on June 21 at the Maboneng indoor skate park.

“We’re expecting a diverse crowd of young and old skaters who will be showing off their hip tricks in skating and long boarding,” said One Love Skate Expo founder, Quincy Braveman Moyo.

This year is the first time that One Love Skate Expo will celebrate GSD in its own turf at the Maboneng skate Park on 11 Staib Street. The skate park is equipped with long boards and protective gear.

The One Love Skate Expo initiative facilitates skating in the inner city as an alternative form of recreation. One Love is “trying to bridge the gap between those who can skate and those who are interested in learning.” Said Moyo, so amateurs are more than welcome.

Go Skateboarding Day is one of the largest gatherings of skateboarders. Founded by Steve Rodriguez in New York City in 2004, GSD has since been celebrated in major cities across the world.

In Jozi this Sunday, skateboarders will gather at 12pm at the library gardens on 55 President Street, CBD. From there, skaters will skate along a designated route that leads to the Skate Jam spot, Maboneng.

The park promises to be filled with food, music and exhilarating ‘kick flips’ and ‘arlies’. Followed by “a traditional after party to seal it” said Moyo.

The culture of skating is a growing movement in Johannesburg and “people should not be afraid to try new things” said Smash Afrika, the marketing manager of the event

“We as skaters also consider our skateboards as a means of transport.” Afrika said. Even The City of Joburg municipality has acknowledged alternative modes of transport by creating cycle lanes across the city.

The One Love Collective are also running a holiday program from June 29 where people of all ages can attend skating lessons. The holiday program will run from Monday to Thursday until 4pm daily.

It offers alternative recreation for inner city youth and serves as a platform to explore the urban use of skateboards. “We know there are a lot of kids who skate in Joburg and also want something to do in the holidays,” said Afrika.

GSD falls on Fathers Day this year and is a great opportunity for Fathers to spend quality time with their families. Parents, kids, young and old are invited to partake in both the Go Skateboarding Day celebrations and in the holiday program to learn more about skating.

Check them out on http://oneloveskateexpo.tumblr.com