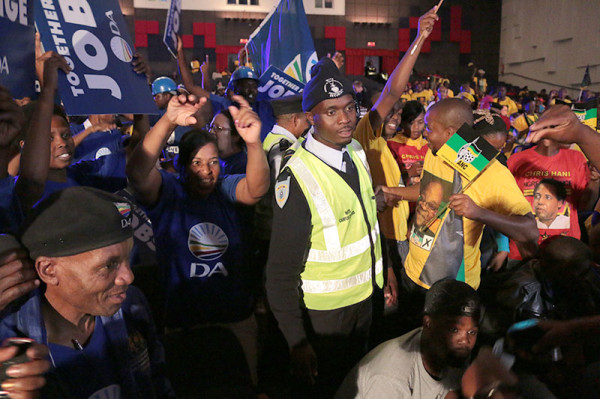 ‘Zuma is still on top despite Nkandla,’ says DA’s Maimane

Corruption and race dominated discussions in the penultimate of the Great Debate series at Wits University last night.

The African National Congress (ANC)’s Paul Mashatile and the Democratic Alliance’s (DA) Mmusi Maimane took to the stage in front of a packed Great Hall divided between supporters dressed in blue and those in yellow.

“The DA has some black members, but the black people in the DA aren’t good enough to go to parliament,” argued Gauteng ANC chair Mashatile.

Editor of The Star newspaper, Makhudu Sefara, who was part of the audience at the debate, noted that the DA “skilfully avoided questions of race and accountability, leaving the ANC to over-capitalise on it”.

The high levels of corruption was also addressed when an audience member criticised the ANC for its lack of transparency, citing Nkandla and budget deficits as affecting the legitimacy of the government.

Maimane capitalised on the criticism when he said, “ANC says it scans its lists for people charged with corruption but Zuma is [still] on top despite Nkandla”.

Mashatile, in response, focused on Gauteng specifically by saying: “There is no corruption in Gauteng.” He went on to blame increased migration for the current budget deficit in the province.

The final leg of the debate series will take place tonight at Wits University starting promptly at 8pm. For tickets, click here. 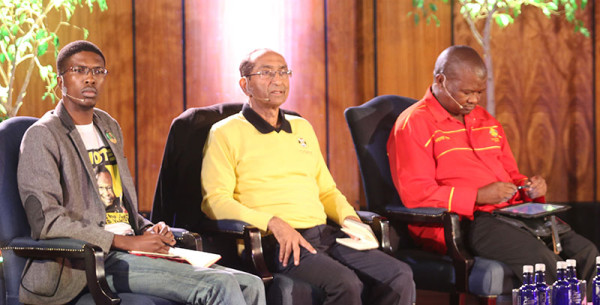 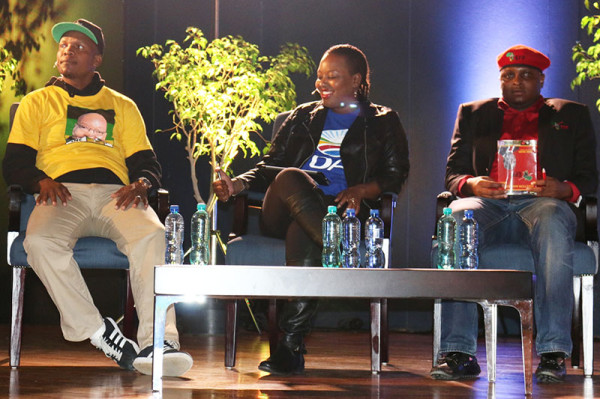 Intolerance reigned during the second installation of the Great Debate at Wits University last night.

The speakers struggled to make their points heard and had to wait, several times, for the audience to quieten down.

At one point, a small spat place happened between ANC and EFF members when each thought it was their turn to ask questions. Campus Control and members of the crowd were forced to intervene to stop the fracas from escalating.

Despite the noise though, the debate continued and Witsies got the chance to ask questions related to the youth. Wits EFF member Tokelo Nhlapo asked about the cost of education and the lack of support given by the ANC to university students, with specific reference to the National Student Financial Aid Scheme (NSAFAS). 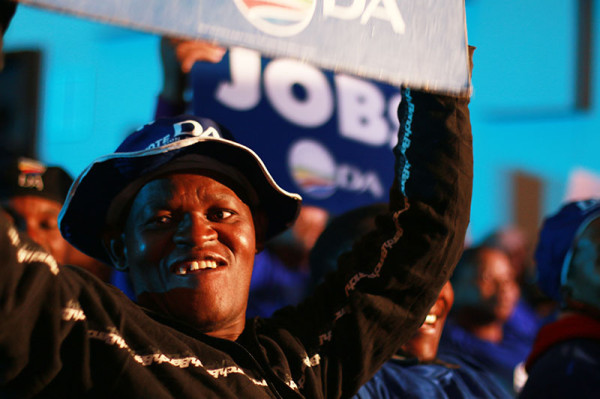 ALL SMILES: a DA supporter expresses his pride for his party. Photo: Luke Matthews

SRC member, Jamie Mighti questioned the ANC’s credibility by asking: “If government has a good story to tell why hasn’t the ANC been able to secure this country and nation [after 20 years of democracy]”, which was cheered by both DA and EFF supporters.

The Wits Great Hall was almost filled to its capacity with a strong showing from EFF and ANC supporters who remained vocal throughout the evening.

The Great Debate series continues next week and speakers are yet to be announced.