INFOGRAPHIC: Wits through the eyes of the Great Hall

If the Wits Great Hall could talk, it would have a lot of stories to tell. Wits Vuvuzela took a look at some of the iconic moments that have taken place inside or on its steps.

FEATURED IMAGE: The Wits Great Hall as it stands ready to see in the #Wits100 celebrations. Photo: Keamogetswe Matlala

All invited to party as Wits Choir turns 60

The university’s seven choirs sing together for the first time in two years to celebrate six decades of harmonious melodies.

END_OF_DOCUMENT_TOKEN_TO_BE_REPLACED

The long road to Great Hall

Graduation is a big deal! Well  I did not realise this until I made my way to the monumental Great Hall. The road has been long, and I think any graduate would agree.
END_OF_DOCUMENT_TOKEN_TO_BE_REPLACED

The country’s most famous puppet comes to the Great Hall this Friday night. Chester Missing will join a host of other comedians at 8pm in an event hosted by YouthLab.

Together with Mojak Lehoko, Alfred Adriaan and Lihle Msimang, Missing will perform in aid of two Wits students and some of YouthLab’s projects.

Pearl Pillay, a Wits Masters student in Politics, and one of the organisers of the event, told Wits Vuvuzela that the idea of a comedy show came after a discussion they had with Messing.

The students were scholars at Matseliso Secondary School in Soweto and passed matric with flying colours but were only partially funded. YouthLab launched a library project for the school in the past.

Adriaan told Wits Vuvuzela that students can look forward to a funny-to-the-point comedy. “I don’t hold back and my comedy is centred around life and the funny things people do”, he said.

He said he wanted to give back to the community because he was also given an opportunity to study in the form of a scholarship.

Msimang said that she decided to participate in the comedy show because “it is an honour to help a young mind get an education, to further grow this country”.

Pillay said that it only made sense for YouthLab to host the show as they deal with politics and political satire is big in the country.

“Comedy is also a great way to raise awareness and stimulates thought in a way that’s not tiring,” she said.

“Wits alone has given Chester a lot of material so expect customized comedy.”

According to Pillay, the comedy show is going to be “absolute madness and Wits alone has given Chester a lot of material so expect customized comedy”.

WITS I will be there next week. Bring that Hitler supporter. pic.twitter.com/XrTr0N3w7M

YouthLab is a three-year-old organization and recently launched a branch at Wits. According to their website, some of their objectives include: educating the youth on key issues of policy, society and economics in South Africa and also creating a platform for young people to have open discussions with political parties.

Witsies gathered at the Great Hall today to pay their final respects to former president and father of the nation Nelson Mandela. Watch as they speak about the meaning of Mandela to each of them.

Wits vice-chancellor Professor Adam Habib said that it was “outrageous” that some protestors chanted and sang “dubula i-Juda” (shoot the Jew), at a protest against an Israeli musician on campus this week.

“It is irresponsible when anyone propagates the murder of another on the basis of religion, race or ethnicity,” said Habib.

The protest in response to the concert of Daniel Zamir was held in the Wits University Great Hall but another group of protesters went to a corridor inside the Central Block building and protested from there. This is the same group that sang the song.

The coordinator of Boycott, Divestment and Sanctions movement (BDS), Muhammed Desai, said many African people in South Africa when using the word “Jews” meant it in the same way they would have during the eighties. “Just like you would say kill the Boer at funeral during the eighties it wasn’t about killing white people, it was used as a way of identifying with the apartheid regime”.

Members of the Academic Staff Association of Wits University and the group Academic Freedom were present as independent observers at the protest. Kezia Lewins who was part of the observers said the protest had been relatively peaceful but a full report would be made available at a later stage. Members of the Legal Resources Centre were also there to provide legal advice to the protesters and to observe as well.

PLEASE CLICK HERE IF THIS STORIFY DOES NOT LOAD AUTOMATICALLY

STUDENTS and staff of Wits University gathered today in the Great Hall for a meeting with the vice chancellor, Adam Habib. Questions were asked, key problems were addressed and the audience had the chance to voice their opinions directly to the rector of the institution. 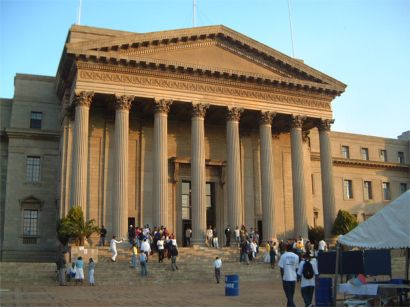 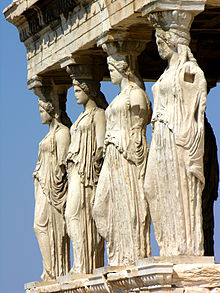