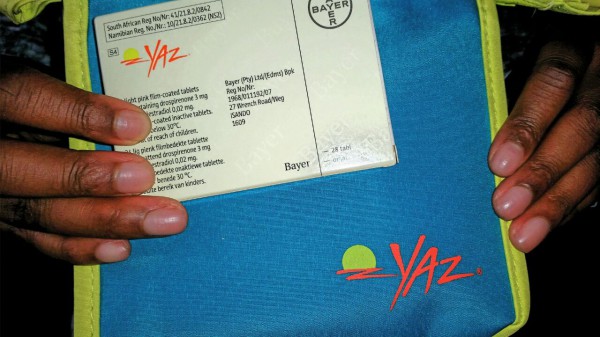 Monday August 11: Thokozane Dyosini started feeling light-headed. She attended lectures, but saw her general practitioner, who told her she was stressed and anxious. He prescribed vitamins and rest.

Tuesday August 12:  The 23-year-old fourth year education student woke up feeling slightly better, but worse when she walked across campus. After climbing a flight of stairs, she sat down to rest with her head on her arms.

It was then that she dropped to the ground with a full-blown heart attack. Dyosini later discovered she had been having a heart attack since the day before. By Tuesday, when she fainted, it had reached its deadliest stage. She was told by her doctors that the oral contraceptive she was taking to regulate her periods, Yaz, may have contributed to  a pulmonary embolism, which could then have led to her heart attack. The doctors added that a pulmonary embolism is a blood clot, which reaches the lungs and blocks blood flow. This could result in a heart attack or other serious medical problems.

According to retired gynaecologist Dr Ronald Levine taking the pill did increase your chance of having a blood clot. There was a significant statistical change, in that the pill could create a two or three-fold increase in your chances of getting a clot. There was some research to show that Yaz was associated with a slightly higher chance of blood clots than other drugs, he added. However, people who suffered clots often had a predisposition. Thiscould be a genetic tendency or it could be associated with immobility, recent surgery, smoking and other causes.

“It doesn’t mean that every women that uses the pill will get a blood clot.”

Dyosini had been taking Yaz for a month and two weeks prior to the heart attack. It was prescribed by her gynaecologist at Park Lane Hospital, but she is now against the use of the drug.

“I don’t like it, I don’t recommend any woman to take it for any reason,” she said.

Dyosini is expected back at university in early October in order to finish her degree this year. She believes she was lucky and that circumstances played in her favour.

She is unsure of what action she can take against Bayer Pharmaceutical Company, who produce Yaz,  since the package insert does list clotting as a possible side effect to the drug.