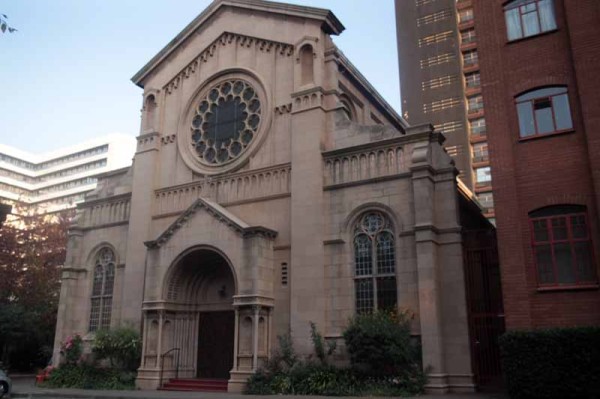 Witsies doing it for charity

For Wits students, Sibongile Zwane and Karen Tuiton, volunteering work is about giving back to the community and assisting those who are less fortunate.

The two are volunteers at the Holy Trinity church and they help with preparing food, washing dishes and serving food to homeless people.

Working with homeless people has taught Zwane tolerance, “I was a judgemental person but I now learnt not to judge a book by its cover.”

Yvonne Moloelang, who has been working as a project manager at the Holy Trinity church for 32 years said homeless people are like her own children.

She said taking care of the less privileged makes her happy and she hopes they could all get jobs to live better lives.

Forty-two year old Thabo, who did not want his surname to be known, said he started living on the streets after his parents passed on at the age of 12.

He said he is grateful to the Wits students who assist them at the church.  Because most Wits students treat them like dirt, they don’t even greet them or offer assistance.

“Mam Yvonne (Moloelang) is like a mother to us, I stay somewhere in a bridge at Hillbrow but I come to the church everyday knowing I will get food.”

Zwane said people never attach a face or voice to homeless people, and forget that these people have stories to tell.

Third year BSc student Tuiton said volunteering is better than sitting at home and doing nothing. She said people shouldn’t look down on homeless people, “we should treat them with dignity as we are all equal before the law.”

The soup kitchen is the Wits Volunteering programme initiative, its student volunteer manager Isabelle Mphahle, said anyone who wants to donate clothes or food to the homeless must bring them to Holy Trinity church at corner Jorrissen and Bertha Street.