Who’s behind the shady ‘Wits’ hoodies?

A Facebook page selling hoodies to Wits University graduates gained over 2000 likes in just five days recently. It is not known who is behind the sales campaign but Wits Marketing has confirmed it has not authorised the sale of the merchandise. A similar design is being used on hoodies and t-shirts globally.

A Facebook page called the “University of Witwatersrand Graduates“, attracted a high number of likes in just a few days recently after it began promoting the sale of Wits merchandise using the university’s distinctive crest on its merchandise.

The university’s logo is used as the profile picture of the page and an image of the Wits Science Stadium building serves as the cover photo which makes the page appear as if it is closely aligned with the university and therefore a legitimate supplier of Wits University merchandise.

The page though has no information about any individual or company that could be contacted for more information. It is linked though to an international site called teechip.com which makes it possible for any individual to start a small merchandise business.

The page appears to have started on April 17 this year and interest grew from 131 likes on Saturday April 18 to 2289 likes on Tuesday April 21.

Wits marketing manager Ferna Clarkson said the university received assistance from its legal office and the third party had agreed to not sell the T-shirts after being contacted by the university’s attorneys. 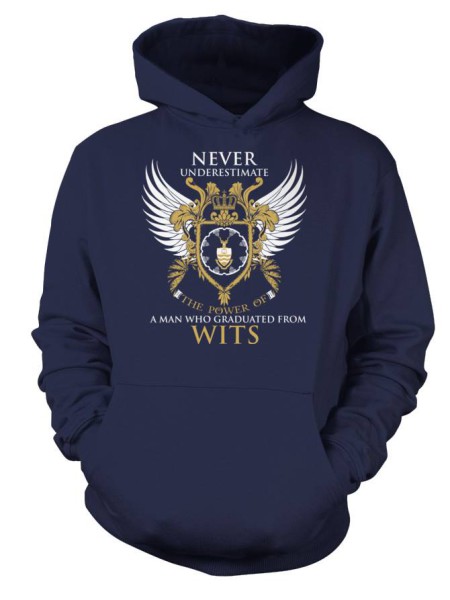 THE GEAR: A screengrab of a hoodie taken from the ‘University of the Witwatersrand Graduates’ Facebook page. Graphic: Wits Vuvuzela.

According to Adams and Adams Attorneys, representatives for the university, the t-shirts were removed from the Facebook page on April 20. Clarkson said it had come to their attention the merchandise had been posted on another Facebook page and she is the process of getting the legal office to look into it.

On Tuesday, the university posted a statement on the page saying it does not approve or authorise the use of the Wits logo on the page.

Although no new posts have been made by the page since April 17, the campaign continues to run and the page had reached over 3,000 likes by this morning.

The limited offer, closes later today but it is still unknown if those who have bought the merchandise will receive it.

Almost identical pages have been created for a number of South African universities including the universities of Cape Town, Pretoria, Rhodes and Stellenbosch.

Campaigns that use a similar design but do not use institutional logos are being sold for universities across the world. These include Harvard, Cambridge, Oxford, University of New South Wales and University of Southern Queensland amongst others.