END_OF_DOCUMENT_TOKEN_TO_BE_REPLACED

A University of Johannesburg professor addressed an audience outside the gates of a French university after he was banned from speaking at the institution yesterday.

Despite being banned from speaking at the Pantheon-Sorbonne University in France yesterday, Professor Farid Esack still managed to deliver a lecture on “Israel as an Apartheid State” at the main gates of the institution.

Esack is a professor in the Study of Islam, and Head of the Department of Religion Studies at the University of Johannesburg (UJ), and also chairs the Boycott Divestment and Sanctions (BDS) South Africa board. He was due to speak at the public research university in Paris as part of the Israel Apartheid Week (IAW) but was not able to after complaints were received by the institution.

“A pretty sad sight for France which turned out in their hundreds of thousands to defend ‘freedom of speech’ only a few months ago,” said Esack.

“The major allegations was that I was violent and anti-Semitic. The basis for this?”

“The major allegations was that I was violent and anti-Semitic. The basis for this?” asks Esack

According to Esack, allegations of violence against BDS supporters during the Boycott Woolworths campaign were ascribed to him as the chair of the organisation. “This was the sum of the Israeli lobby’s petition to French universities,” Esack continues.

Esack also addressed allegations that he is anti-Semitic by saying, “believe it or not, it all started with Dubula-i-Juda story that was first printed in Vuvuzela!” he exclaims.

According to Esack, BDS South Africa’s (through coordinator Mohammed Desai), attempts to explain the Wits incident “in the context of larger liberation struggle songs was presented as proof that I am anti-Semitic.”

“The BDS Board, which I chair and of which Desai is a member as the organization’s director, concurred with, unambiguously condemned that incident and BDS reaffirms its commitment to non-violence as its way of responding to the crimes of occupation and dispossession committed against the Palestinian people.” 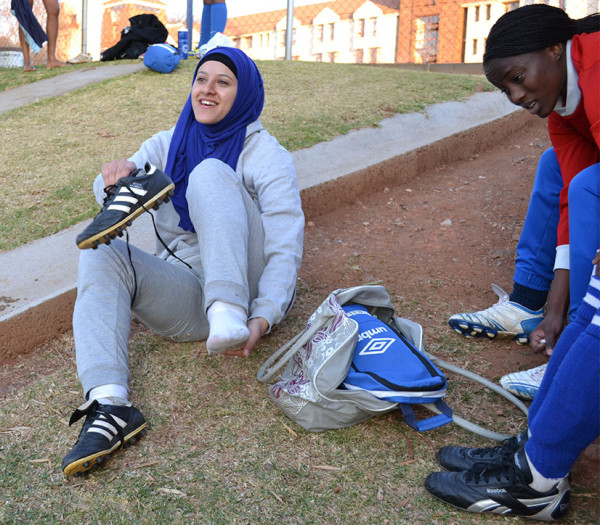 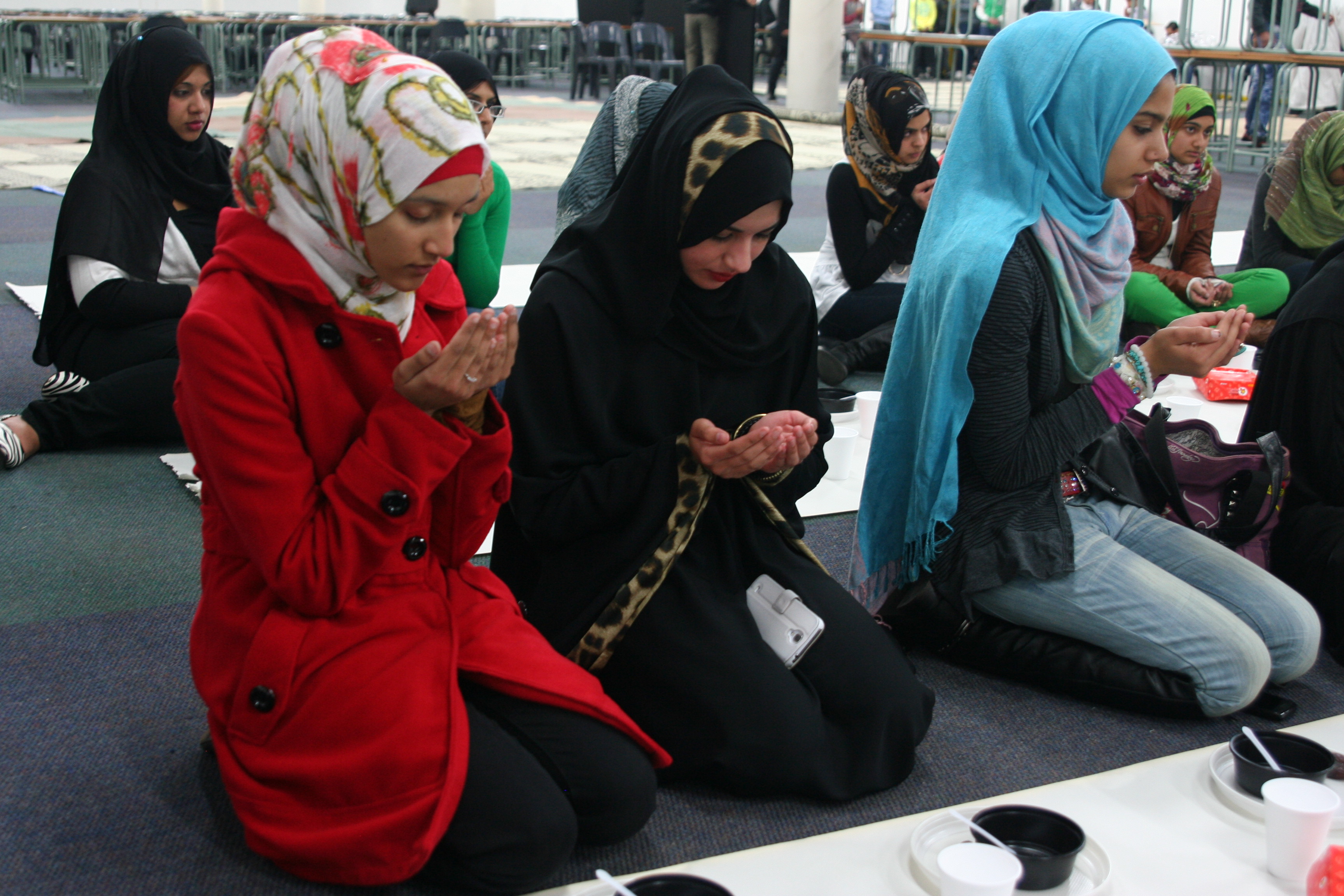 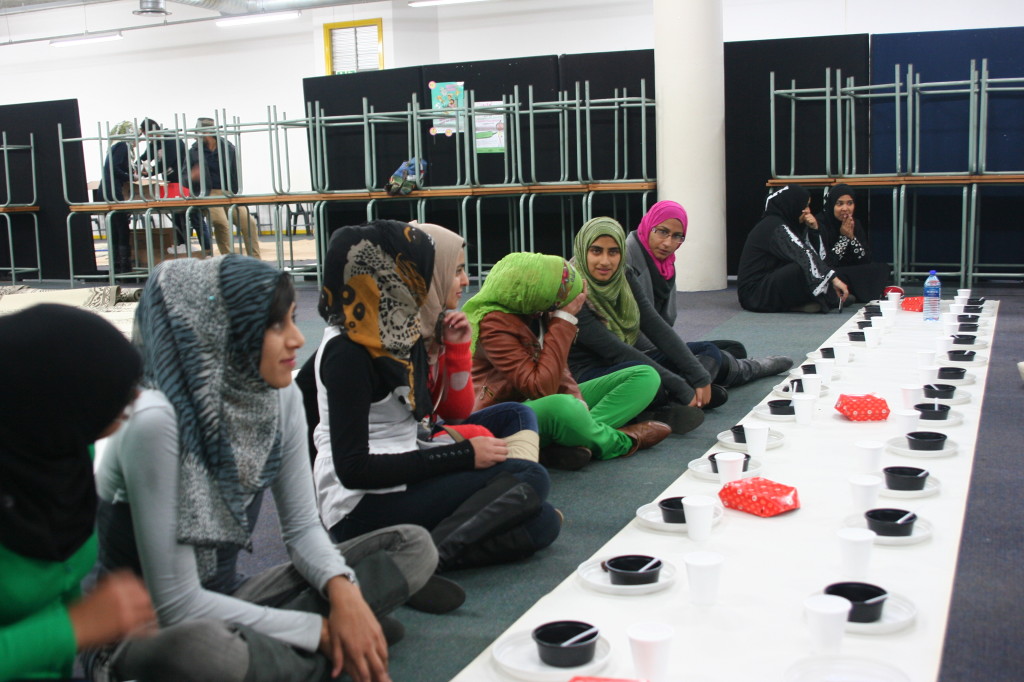 BREAK FAST: Students from UJ and Wits get ready to break their fast together. Photo: Caro Malherbe

The Wits and UJ Muslim student associations broke their fast together at a Ramadan Iftar dinner at UJ on Tuesday.

The room was full of excitement as the students sat cross-legged on the floor, set with eating utensils.

Ramadan is a month of celebration for Muslims; it is the month the Qur’an was revealed to the prophet Muhammad, bestowed on him to spread the word of Islam. Muslims come together for worship and fast from sunrise to sunset every day for 30 days.

Zain Patel, chairperson of Wits Muslim Student Association (MSA), said: “Fasting means that we can’t eat or drink anything during that time. Not even water, basically nothing can pass our lips.” 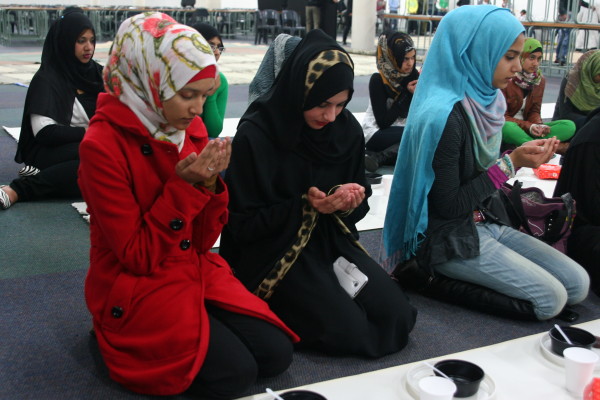 The Muslim men and women sat separately from one another, divided by a barricade of tables and screens.

Ibrahim Patel said the Dua is a prayer recited just before the sun sets. “It stresses the need for self-cleansing and purity of the soul. It is also to thank God for your blessings and to ask for forgiveness and to renew your personal relationship with Him.”

After the Dua was said, the Adhaan, or The Call, was done by Maseehullah Suleman. This  signals that the fast may be broken, and people may eat.

The fast is traditionally broken with small sweet dates as that is what the prophet Mohammad ate when he broke fast. The MSA committee paid for a generous meal of  chicken hot wings, sliders and pizza. Juice, soda and milkshakes were served.

The decision to combine Iftar with UJ was for Muslims from both universities to socialise with each other and gain spiritual support during Ramadan.

Guest speaker, Ibrahim Fakude who opened the event, said there are many reasons why Muslims fast. Some fast to lose weight, some to please Allah and some just to cut bad habits, “but if you fast for these reasons, don’t expect to get the same fawaad [reward]”.

“The reason Muslims should fast is to change for the better. It is to practise self-restraint, to contribute to the welfare of society and to be charitable.

Fasting during Ramadan is also a time to deepen one’s spiritual relationship with God and to strive to be the embodiment of Islam,” said Naadira Pahad, an MSA member.

“Nobody will know if you lock yourself in your room and eat when you are supposed to be fasting.  Fasting is really something that is between yourself and God,” said Pahad.

Ramadan started on 9 July and will end on Wednesday, 7 August. To mark the end of Ramadan Muslim families will rejoice Eid ul-Fitr. Much like Christmas, Eid ul-Fitr is a time of great celebration and religious practices, where gifts are given and there is an abundance of food.