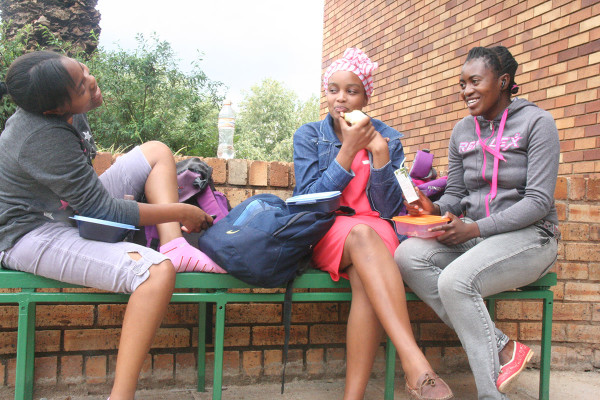 At least two female students have reported bad experiences during unsanctioned initiations at their residences during O-Week.

In one case, the victim said she was made uncomfortable by the “sexist” undertones during an encounter with students from a male residence.

“We’re not allowed to look any of the guys in the eye, but that defeats the whole point of orientation and getting to know each other,” said the first year, who asked to remain anonymous out of fear of being singled out.

Although she feels victimized, the student said she still though initiation was important “but to some extent we have lost the point.” She said she was especially frightened by the incident because she comes from a conservative family.

The incident was reported to the Dean of Students Prem Coopoo.

“First year students are meant to be orientated to Wits, not initiated. They need to feel connected to Wits and cared for – not fearful of seniors,” Coopoo said.

Coopoo said students are encouraged to report initiations as outlined in the O-week guidebook.

She said as part of the JCE tradition, first years are given new nicknames that are written on “virginity tags” which they have to wear around their necks for the duration of O-Week. Makgopa said the nicknames are created by the seniors and are not meant to be malicious.

“When I think of my first year I wish I can do it again,” said Makgopa.

“Men’s Res was a bit too harsh, if [the first years] do one mistake its 10 pushups or until they say stop,” said Makgopa.

However, Men’s Res student Muzi Phungula said he felt pity for the first years that live at Men’s Residence because they will not be able to go through the “fun things” that he went through in his first year.

He said first years are usually scared at first because it’s a new environment and it can be a “dramatic experience” but initiation built bonds with a shared experience.

A former house committee member from Sunnyside, Memme Monyela, said Men’s Residence initiations were much more “hardcore” than any other residence. She said the first years at Men’s Res were made to run around the field half-naked and occasionally had to brush their teeth with water from the coy fish pond outside the John Moffat Building.

Monyela said there are routine things that are done for fun such as waking first years up at 5am for a run on the field.

A second year student from Sunnyside Lebohang Makgopa said her initiation “was harsh, but not as bad as other residences.” “We don’t have these rules like other residences…we are a house of royalty.”