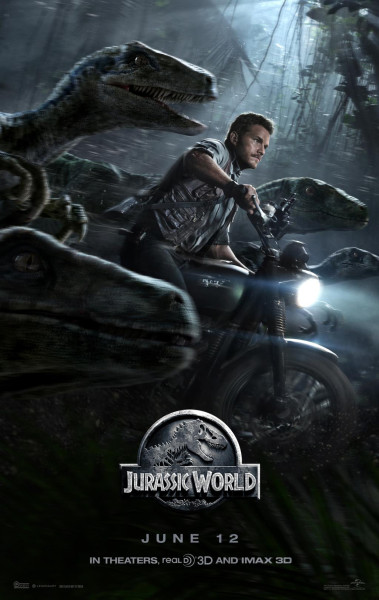 If you’re a fan of the original Jurassic Park films or you just want to see some unsuspecting humans get eaten by ferocious and freakily intelligent dinosaurs, then you won’t be disappointed with this latest iteration of the franchise.

Jurassic World, directed by Colin Trevorrow, shows the new and improved park featured in the previous films that has now a major tourist attraction including petting zoo, dinosaur rides and luxury hotels. Having learnt absolutely nothing from the previous experiences or movies, the powers-that-be create a bigger and “better” hybrid test tube dinosaur to attract more visitors.

The plot is predictable and the new breed of dinosaur has a murderous appetite. Park operations manager Claire (Bryce Dallas Howard) enlists the help of  velociraptor trainer and ex-navy employee, Owen (Chris Pratt) to find her missing nephews Zach (Nick Robinson), and Gray (Ty Simpkins), who are lost in the park while the killer dinosaur is on the loose.

The scaly situation plays out in the typical style of its predecessors complete with similar shots, plot line, cliché romantic tension, and the iconic Spielbergesque sound track.

This new installment features numerous holes in the plot and little character development. Occassional humorous quips lighten the often stereotypical character portrayals but the human villains are unconvincing and flimsy with the plot failing to explore the world of the park before the chaos breaks out.

Nevertheless fans of the original movies will be thrilled to continue along this dino-journey with the velociraptor once again taking center stage and proving that size isn’t everything. What counts is the amount of teeth.

Much like the theme park itself the main focus of the film is the dinosaurs with the rest of the film acting as a platform to showcase them through impressive CGI and animatronics.

With action packed sequences, the heroes finding ways to avoid razor -sharp teeth and claws, and terrified bystanders being mauled, thrown and eaten by the gigantic dinosaurs, you are guaranteed to be nervously munching on your popcorn.

If judged as a visually-based adventure fantasy, the movie will ensure an earth -thumping and teeth-gnashing walk down memory lane that you would expect from a Jurassic sequel.