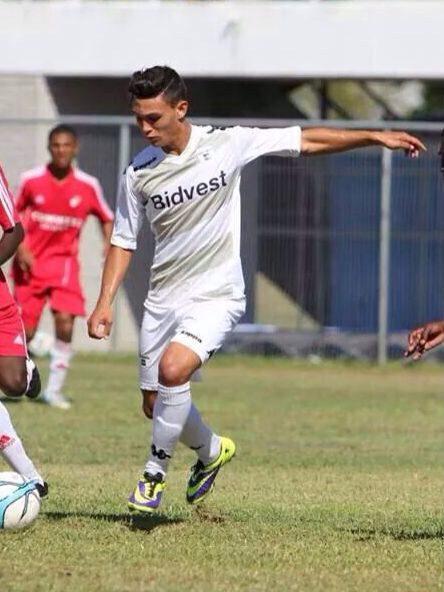 SIXTEEN-year-old Liam Jordan, the youngest player to sign a first team contract in the Premier Soccer League (PSL), shows a maturity beyond his years when he talks about recent personal hardships and how he got to where he is in his career.

Bidvest Wits have invested in Jordan’s future. He is a South African born youngster who played football in New Zealand for most of his life before coming back to Johannesburg from where he hails. Jordan started playing at Edenvale Football Club in the east of Johannesburg at the age of four. His mother and father moved to New Zealand in 2004, and Liam played football in the country for nine years at East Coast Bays, Albany United and Onehunga Sports. He also played at an academy called Wynrs.

The versatile attacking player’s famous father, Keryn Jordan, was a prolific goal scorer and started his career at Manning Rangers, scoring 52 goals in 94 starts for Rangers. He moved to New Zealand to play for Auckland City where he scored 76 goals in 100 games. Despite his goal scoring prowess he only managed one cap for Bafana Bafana in a 2-1 win over Botswana in 2009. Fourteen years to the day, Jordan was diagnosed with cancer and passed away late last year after a long battle with the disease.

“My father taught me everything that I know, about the do’s and don’ts, on and off the field. We had so many one-on-one trainings, tears and laughs, I have lost count but those were the trainings that built me as a player and a person. My father is my inspiration every day to do better and I want to play professionally one day for both of us,” Jordan said.

Jordan recently has played for Brondby, a Danish club which has been linked to Bidvest Wits captain Sibusiso Vilakazi for over a year. Brondby asked Bidvest Wits for five of their youth players to train with them while in Denmark and three of the Clever Boys were given extra attention from the Danish club.

Liam Jordan and Marcelo Mendes stayed on in Europe with Brondby to play another tournament in Holland, where the two boys impressed as the Danish outfit went all the way to the final of the tournament, losing out to Maccabi Tel Aviv.

The third player, Thabang Mufamadi, is expected to join Brondby next week for a period of three months, on a trial basis.

Jordan relished his experience in Europe. “Of course I want to play in Europe one day; whether or not I can stay here, I am not entirely sure.”

Bidvest Wits coach, Gavin Hunt said Jordan had a role to play this season for the Clever Boys and would definitely play.

He arrived back in South Africa this week and has been given time off training to recover after two overseas tournaments with Bidvest Wits and Brondby FC.