A genre-bending play reflects on how our past influences our present when it comes to gender-based violence and the objectification of black bodies. END_OF_DOCUMENT_TOKEN_TO_BE_REPLACED

After sold-out performances at the National Schools Festival in Grahamstown and rave reviews hot off the Cape Town run, Hayani is heading for Johannesburg, bringing with it compelling performances and a heart-rending home-grown story of a generation nearly lost and forgotten, and which is yearning to be heard.

Hayani is directed by Warren Nebe and presented by the Drama for Life Company Laboratory, a research-based project aimed at developing young professional theatre performers, writers and directors at Wits University.

MILK and Honey, directed by newly minted Market Theatre chief James Ngcobo, tackles the paradox of memory and blackness in a swift and surreal 70 minutes of time travel.

The exposition of the play is prosaic without being boring, as it sets out the main character’s dilemma.

Thekiso Moekesti is a young and ambitious lawyer—needing only to relocate a rural community from their mineral rich land on behalf of his company to gain unqualified membership into the comfortable, nouveau rich stratosphere he and his fiancé Mamasti desire.

The problem is the paradox; the irony being Thekiso’s invidious position of being an “Other” amongst others.

Thekiso is haunted to a point of sleepless anxiety by the ghosts of his ancestors urging him to find his motherland and reconnect with the soil. Doubtless, his ancestors are also not pleased with his role as neo-coloniser.

Through a number of dream sequences and flashbacks we are whisked back and forth between past and present; between Thekiso and Mamasti’s impending marriage and the pastoral, whimsical courtship between Thekiso’s grandparents.

Both are set against the large shadow of displacement: in the present, Thekiso must ‘negotiate’ a community out of its land; in the past, his grandparents are kept from marrying by their separate tribes’ reaction to violent appropriation of their land by colonisers.

A choice of interpretation

We are given two sides of a familiar coin. With one side of the coin, we might purchase the lessons and victories of irony. The catch is that while these things are on offer, they are at the same time concealed from us.

With the other side of the coin, if you wish, you can purchase a crudely political interpretation of the play.

Ignore theme, and consider only the context.

Choose this route, and Milk and Honey becomes an empty marker of the Land Act centenary; reminding us of the effects it still has today and nothing else; a justification for certain kind of political racialised myopia.

Thankfully, this is exactly what Milk and Honey is not. 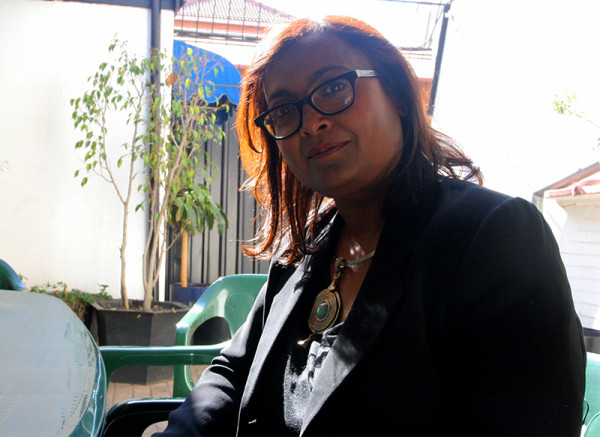