END_OF_DOCUMENT_TOKEN_TO_BE_REPLACED

Fine art student who has a visual impairment, completes her master’s exhibition
END_OF_DOCUMENT_TOKEN_TO_BE_REPLACED 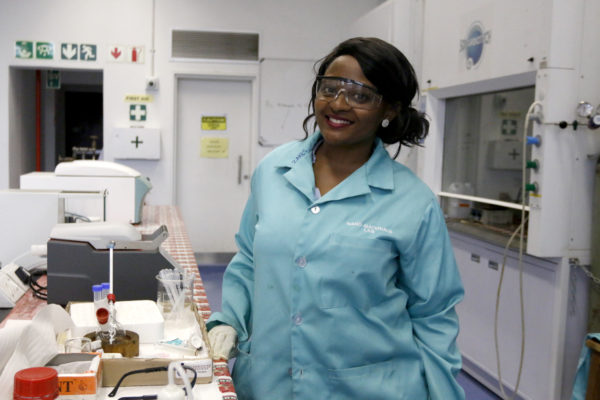 New degrees to equip Witsies for the 4th industrial revolution

END_OF_DOCUMENT_TOKEN_TO_BE_REPLACED

A Rare Leap from Honours to PhD

Two biochemistry students received such outstanding results in their honours year, they will be skipping Master’s and moving straight on to PhD degrees.

Bianca Dias and Bradley Peter (both 22) completed their honours degrees last year and received above 80% overall.

The head of the School of Molecular and Cell Biology (MCB), Professor Rob Veale, said the decision to exempt these candidates from master’s degrees was based on “holistic assessments” of their academic, laboratory performance and personal factors that could affect their performance at PhD level.

“The selection and registration of a higher degree candidate depends greatly on their relationship with their supervisors, as this allows the supervisors the opportunity for good judgment of suitable candidates,” said Veale.

“Although the final decision of exemption is made by the Graduate Studies Committee (GSC) of the school in question, the discretion of the supervisors in the decision process in a key factor.”

According to the Faculty of Science Rules and Syllabus, a student who has shown a level of competence that satisfies Senate in their research, writings, experience and professional standing during their honours year may be admitted as a candidate for a PhD.

Member of the GSC, Dr Yasien Sayed, said no student in the history of MCB had ever been afforded this rare opportunity before.

“It’s not to say the school has not produced academically excellent students in the past,” said Sayed. “The fact that past excelling students weren’t offered this opportunity may be attributed to lack of awareness of this rule by many lectures, supervisors and students alike.”

Dias’s research, which is supervised by Professor Stefan Weiss, is focused on the development of Alzheimer’s disease.

“Although I’m a little anxious about the year because it will be very challenging, I am excited about this opportunity, and pleased that the university has this much faith in me.”

Peter, who is also a classical ballet dancer, planned to do his master’s at a university overseas when he was approached with the offer by his supervisor, Professor Heinrich Dirr. He said the science faculty took this step because they wanted to train more students at PhD level.