Even with a slower start, Wits managed to kick up the pace to bag a win against rivals University of Johannesburg.

END_OF_DOCUMENT_TOKEN_TO_BE_REPLACED

The Clever Boys give Amakhosi a run for their reputation 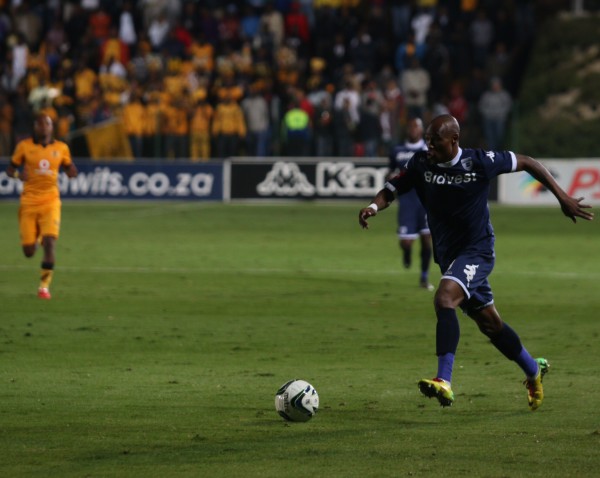 Bidvest Wits showed impressive form last night, keeping the visitors Kaizer Chiefs away from a victory they so desperately wanted.

The Clever Boys drew 0-0 in the Absa Premier League match against AmaKhosi at the Bidvest Wits Stadium, last night.

The Clever Boys supporters jumped for joy 61 minutes into the game when Sithembiso Ngcobo’s finish from Sibusiso Vilakazi resulted in what seemed to be a goal, but this joy was short-lived, as the goal was ruled out for an offside. This highlight of the match summed up the dominance of ball possession by Bidvest Wits.

The first 10 minutes of the game consisted of many goal attempts by both teams and one free kick for the Clever Boys. Chiefs striker, Simphiwe Tshabalala crossed and missed yet another chance to bring victory to Amakhosi.

Shortly after, Amos Ngcobo almost hit the target for the Clever Boys but this was met by a good save by Amakhosi captain, Itumeleng Khune.

[pullquote] “The Kaizer Chiefs and Bidvest Wits fans set the tone for the game from the start, with the Bidvest Wits band leading vibrant songs of encouragement from the sidelines and the sound of vuvuzelas blasting from both the blue and gold bloods. “[/pullquote]

The Kaizer Chiefs and Bidvest Wits fans set the tone for the game from the start, with the Bidvest Wits band leading vibrant songs of encouragement from the sidelines and the sound of vuvuzelas blasting from both the blue and gold ends.

In hopes of gaining victory Chief’s Siboniso Gaxa passed the ball to George Lebese who flared his lines and missed the ball. Minutes later the host made a change sending in Calvin Kadi and benching Asive Langwe. In response to Lebese’s miss, Chiefs followed the same strategy and sent him out in exchange for George Maluleka.

In what looked like a tug of war 30 minutes into the match, Vilakazi, the Clever Boys captain’s attempted to shoot for the target and was hindered by the defense of Masilela. In response to this Vilakazi tripped Masilela in pursuit of the ball and earned Chiefs a corner kick.

The Clever Boys used their home ground advantage making the AmaKhosi boys struggle as Bidvest Wits striker Papy Faty finished with a shot which was unfortunately above the bar.

In an exciting turn of events Chiefs almost scored an own goal but Khune diverted the ball away from the goals.

Half time saw both teams with no goals and the Clever Boys with more attempts at goal and dominant ball position. The second half of the match was similar to the first with both the blue and gold bloods fighting to win the match.

The remaining 20 minutes of the match showed a fighting spirit for the Amakhosi but the Clever Boys kept their guard up. Bidvest Wits retained dominant ball position from the beginning of the match until the end and as a result Kwanda Mngonyama was honored as the man of the match.