The dismissal of Mcebo Dlamini as SRC president was in line with the SRC constitution. However the provision allowing the vice-chancellor to do so is vague and could create an “opportunity for arbitrary used of power” according to a legal expert.

The decision to remove the Mcebo Dlamini as SRC president was in line with the SRC constitution, however there are “abnormalities” in the provision that was used, said the deputy head of the Wits School of Law.

Dlamini was removed from his position on May 4 by Vice Chancellor Adam Habib who said the former SRC president had been found guilty of misconduct before a disciplinary hearing.

Mtendeweka Mhango the Deputy Head at the School of Law at Wits said Dlamini had been removed in accordance with the SRC Constitution.

“However, it is important to mention that there are a few abnormalities in the above provision, which have been brought to the fore in the current case involving the SRC president and which need to be examined,” he said.

In this case, clause 11(4)(e) of the SRC Constitution was used by the Habib to remove Dlamini. It states that a member of the SRC ceases to be a member if they are found guilty of misconduct by a student disciplinary committee. The member may appeal to the vice-principal or the vice chancellor.

“This is a problem as it creates opportunity for arbitrary used of power,” said Mhango.

It is also unclear whether the word “appeal” means a request for sympathy to the vice chancellor to not be removed or if it means an application to another person of higher authority for a decision.

The case with Dlamini

Dlamini appeared before a disciplinary panel in February this year where he was found guilty of insulting and assaulting senior members of the university.

In March, Wits Vuvuzela reported that as a result of this verdict, Dlamini was suspended as president. He was allowed to continue studying although he was given a one year suspended sentence of expulsion.

Following the sentence, Dlamini appealed to Habib by asking that his suspension as SRC president be deferred pending the outcome of a review of the disciplinary panel’s decision. Habib agreed, provided the review would be completed in 14 days which did not happen.

Dlamini opposed the delay of the review saying it was the fault of the Wits Legal Office, according to a statement by Habib. Habib said he believes that this delay was partly a result of Dlamini’s inability to provide required documentation to the Legal Office on time.

On the Monday, May 4, two months after Dlamini’s initial suspension, Habib announced that he asked Dlamini to step down as president. He said it appeared as if Dlamini was “deliberately delaying a final decision until the end of his presidential tenure.” This, Habib argued, “would be a violation of the SRC constitution and the principle of justice”.

Habib has denied the former SRC president’s removal was related to his comments in media where he expressed admiration for Adolf Hitler and Dlamini’s claims that every white person had a bit of Hitler in them.

Mcebo: Was he allowed to say that?

Last week, Dlamini posted the statement “I love Adolf Hitler” in a Facebook comment thread below a graphic comparing modern Israel to Nazi Germany. He added, that every white person has “an element of Adolf Hitler”.  He later defended and repeated his comments in several media interviews.

Dlamini was this week dismissed from office by Vice Chancellor Adam Habib over a previous disciplinary action. Habib has denied the dismissal is the result of Dlamini’s comments on Hitler.

What he said was racist and deeply offensive to many of those whose families died at the hands of Hitler.

“In removing Mcebo Dlamini from office, who was elected by a popular student ballot, Adam Habib has acted like Hitler. He is the Hitler he seeks to silence by removing Mcebo from office!” Ndlozi said in a Facebook message.

“What he said was racist and deeply offensive to many of those whose families died at the hands of Hitler,” Harber said.

Many have argued that Dlamini’s comments, which first appeared on his Facebook profile and were therefore private. However, Harber rejects this.

He is a public figure, an elected official of a public institution and is therefore responsible for his conduct and should expect it to be scrutinised.

“If he felt what he said was private, then he should not have given interviews and repeated those opinions in interviews,” Harber said.

“He is a public figure, an elected official of a public institution and is therefore responsible for his conduct and should expect it to be scrutinised.”

So what constitutes freedom of speech and what makes a statement hate speech? Dr Dale McKinley, an independent researcher, said that while freedom of expression is guaranteed by the Constitution it “does not extend to … Advocacy of hatred that is based on race, ethnicity, gender or religion and that constitutes incitement to cause harm”.

McKinley argued that Dlamini’s comments were “wholly irresponsible” particularly coming from a leader. Dlamini has expressed his intention of opening debate by his comments, but McKinley said it did the opposite.

“Instead of opening a debate … his comments closed down a meaningful debate about what are real and crucial issues for SA,” McKinley said.

Dlamini’s comments have also been defended as part of a discussion about transformation but Harber said this was not the case.

“Saying such things did not promote transformation, and might even have discredited many of those pushing for change,” Harber said.

SRC president defends his comments in the media

In interviews with eNCA and 702, the Wits SRC president Mcebo Dlamini defended his facebook comments about Adolf Hitler that he made over the weekend. 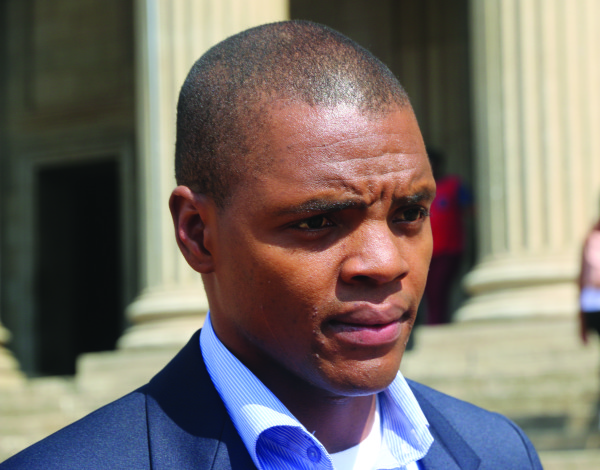 The Wits SRC president Mcebo Dlamini defended his comments about admiring Adolf Hitler, on eNCA and 702 talk radio this morning.
This comes after Dlamini caused controversy this weekend after he posted a Facebook picture that compares Adolf Hitler with Israeli PM, Benjamin Netanyahu along with the caption, “In every white person there is an element of Adolf Hitler’. Later on in the comments of the same facebook post he says, “I love Adolf Hitler”.

“I admire Adolf Hilter’s style of leadership, he made a nation rally behind him.”

The South African Union of Jewish Students (SAUJS) said that Dlamini’s statements were “racist” and “anti-Semitic, constituting hate speech according to the South African constitution.” The union added that the SRC president’s behaviour was a violation of his leadership role and a “total embarrassment and disgrace to Wits University.”
Despite this outcry from the Jewish community on campus, Dlamini said that he is shocked by the by the response from the white community, “If indeed the Israelites hate Hitler so much…why are they emulating Hitler in that they are subjecting the Palestinian children to discrimination, segregation and human indignity?” is what he told News24 in an interview today

Earlier this morning Dlamini speaking to The Redi Tlhabi Show on 702 and explained that there are good leaders who turn bad,“I admire Adolf Hilter’s style of leadership, he made a nation rally behind him.”
Tlhabi questioned whether Dlamini’s same theory and leadership outlook, extended to Apartheid.
Dlamini said, “Apartheid was well orchestrated it had good leaders to implement it… that is why it lasted so long.”

When asked about his statement by 702’s Tlhabi, that every white person has “an element of Adolf Hitler”, Dlamini defended his comment saying that Hilter put black people in a “zoo” the same way white people did.
“That’s why I’m saying there is an element of Hitler in all white people, what is the difference between George Bush… Tony Blair …Malan…Benjamin Netanyahu and Adolf Hitler?”
“They are all white and hate black people.”

Whilst talking to the eNCA, Dlamini said “A black man can’t be racist…racism is power…I don’t have power”
The SRC president explained to eNCA anchor, Joanne Joseph, that white people have blood on their hands because white people colonised, dispersed and enslaved black people.
“They are racist and are full of hate.”

The South African Union of Jewish Students (SAUJS) said that Dlamini’s statements were “racist” and “anti-Semitic, constituting hate speech according to the South African constitution.” The union added that the SRC president’s behaviour was a violation of his leadership role and a “total embarrassment and disgrace to Wits University.”
Despite this outcry from the Jewish community on campus, Dlamini said that he is shocked by the by the response from the white community: “If indeed the Israelites hate Hitler so much…why are they emulating Hitler in that they are subjecting the Palestinian children to discrimination, segregation and human indignity?” according to News24.

Vice-Chancellor and Principal, Professor Adam Habib, has since released a statement saying that the Facebook posts and subsequent comments are racist and offensive.
‘It violates the fundamental values of Wits University… we expect our officials to be circumspect in their utterances and to act within the values of the institution.” 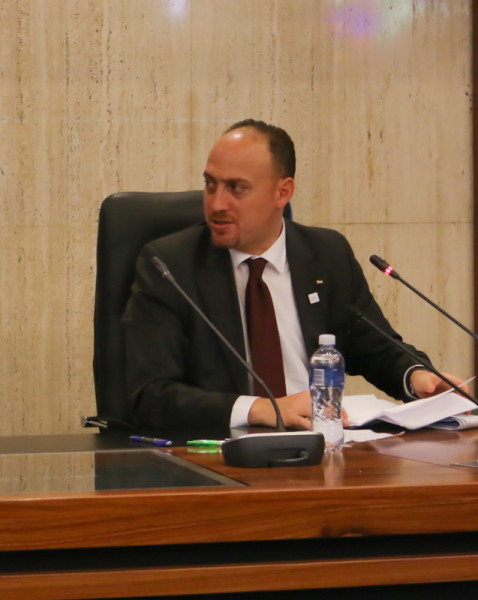