SOME Zimbabwean students said Morgan Tsvangarai’s MDC “slept” during the run up to the 2013 elections.

Two Witsies and Movement for Democratic Change (MDC) supporters said the party had become complacent and failed to strategise. They said the MDC did not campaign enough and the party lacked the capacity to carry our proper research.

“MDC has been sleeping in the GNU [Government of National Unity]. MDC gave the impression that they were going to win, while Zanu (sic) was working hard,” said media studies PhD candidate Shepherd Mpofu.

Mpofu said Africa’s political leaders are trapped in a state of consumption. He said the MDC enjoyed the “trappings of leadership and Zanu-PF used the moment in office to campaign”.  He said Zanu-PF gave people land but the MDC didn’t do anything to help the people but were fighting among one another.

Languages professor Robert Muponde said the MDC controlled every aspect of Harare: “They wanted to clean Harare and were charging the locals high rates. Instead of understanding the constraints people had in terms of poverty, they started to switch off their lights.”

Wits PhD candidate and MDC supporter Crispen Chinguno said he voted for the MDC because he was voting for change but said they were “naïve, complacent, over-confident and were caught off-guard”.

Chinguno said the MDC contradicted its founding principles: [pullquote]“They are supposed to be a workers’ party but seem more neo-liberal. The trade unions aren’t comfortable with the current MDC.”[/pullquote] He said Zanu-PF outsmarted MDC because the party used social media platforms such as Twitter and Facebook to appeal to the youth market.

He said: “The voters’ roll was not released on time and 99% of Zimbabweans are educated, why did they need assistance with voting?”

Muponde said he was “angry and disappointed” about the MDC’s complacency and the months leading to the elections. “There were irregularities, blatant theft and rigging,” he said.

Irregularities in the elections

Muponde said the Southern African Development Community (SADC) and the United Nations (UN) knew about the irregularities but said the election was not violent.

[pullquote align=”right”]“These are double standards. The Zim elections are known to be bloody and lead to dislocations. So because there was no blood, both people housing the elections [the UN and SADC] say it was peaceful. They don’t look at the unfair practices,”[/pullquote] said Muponde.

He said the MDC thought they were the “darling of the people” and forgot “people politics”.

Mpofu said the group that started the MDC is going to start another party.

“I suspect some of the founders of MDC have become disillusioned and despondent. They might fund the new party,” Mpofu told Wits Vuvuzela. 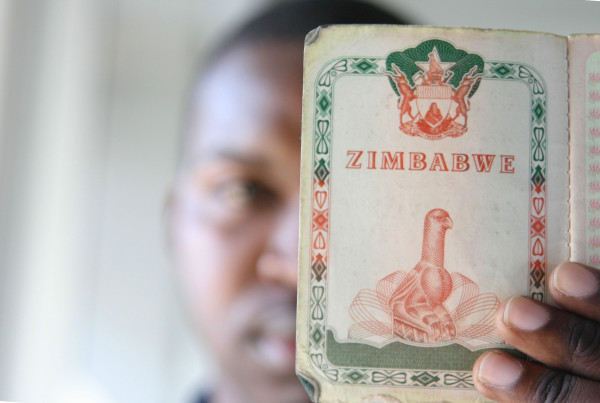