Addressing failures, mental health and wellness of students, among motivations for the changes.

END_OF_DOCUMENT_TOKEN_TO_BE_REPLACED

A medical student and a waiter – meet Thabani Msiza 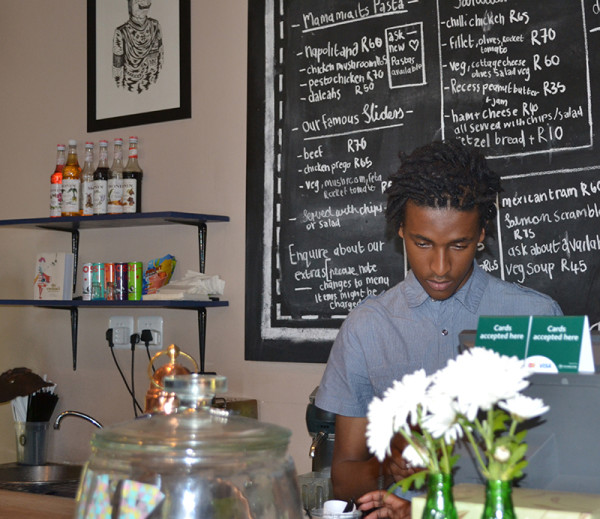 Thabani Msiza is a 20 year old  first year medical student at Wits University who spends his time reading medical books and serving food at artisan cafe Daleahs.  In light of Workers Day, Wits Vuvuzela sat down with the working student  to ask him how he balances student and work life.

I’ve been told i have a weird accent which doesn’t really match my look. Not really sure if that sets me apart, but i think its just mostly the way I am in general. Not many people can figure me out, which I guess is a good and bad, and i think my sense of humour.

Well I realised I would have a lot of free time this year. I also wanted the freedom and independence that comes from earning your own money.

I do to a certain extent. It’s not a huge difficulty in my life, I’m just really lazy.

I will be working on Worker’s Day. The irony, I know. The plus side is that I get to meet really  weird and interesting people on a daily basis, so even working on the day designated for us workers is not that much of an awful thing.

6. Which do you find more interesting, working or being a student?

Definitely working. Being a student is a lot more fun, but being a waiter you are forced to interact with so many people a day. That just makes the days really interesting especially since I love meeting different characters.