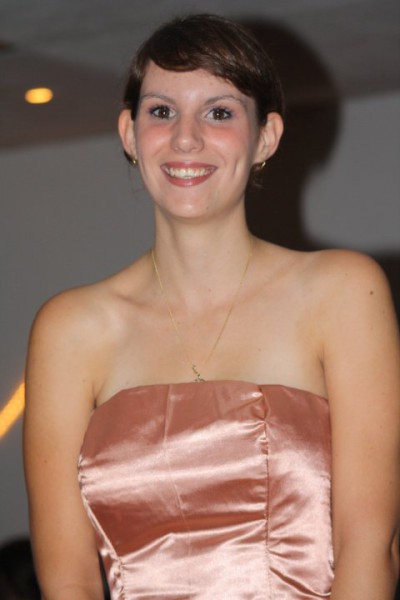 Megan Reeves is studying towards her PhD in the Department of Psychology at Wits. Her research aims to develop and pilot a measure to screen for symptoms of anorexia nervosa in men. She also assists Psychology Honours students with their research essays, tutors part-time at the International Pre-University College and lectures part-time at the Midrand Graduate Institute (MGI).

What drove you to study in this particular field?

Anorexia nervosa is commonly thought of as a disorder which only affects women, and it is more often diagnosed in women than in men. However research suggests that men are becoming as concerned with their appearances as women are.

In short, I was interested in finding out why women are more likely to be diagnosed with anorexia nervosa than men if both genders are reported to experience similar levels of body dissatisfaction.

One of the possible reasons for this disparity is the fact that the screening tools used by researchers and healthcare professionals to diagnose anorexia nervosa are largely unreliable for use amongst men. My research aims to help address this problem.

You recently went The Australia & New Zealand Academy for Eating Disorders (ANZAED) 2015 conference, what is it that you went to do there?

I went to the ANZAED conference to give an oral presentation on my PhD research, specifically on the need for a new screening instrument specifically designed to assess levels of anorexic symptoms in men, as well as the process I am following in developing the instrument.

What were some of highlights of the conference and was there any new research that you came across that could be implemented in the South African context?

The highlights of the conference included meeting some of the world’s leading experts in the field of eating disorders such as Dr Stephen Touyz. All of the research that was presented at the conference could be applicable to the South African context because the difficulties experienced in treating and researching Anorexia Nervosa are similar across all contexts.

What are the primary drivers that lead to people to develop eating disorders and that lead to men developing anorexia nervosa?

There are many different factors that can lead to the development of an eating disorder. Some of these factors include personality traits, genetic vulnerabilities and family dynamics, as well as social and cultural factors.

One of the main contributors to this growing body dissatisfaction amongst men is the media, which places pressure on men to conform to the ideal (meso-morphic) body image currently pervasive in our society.

What are some of the differences or disparities between genders regarding eating disorders, considering that there is especially a lot of focus on women from the media to look a certain way?

Some of these dissimilarities [between genders] include a focus on different areas of the body, e.g. the torso, chest and abdomen are of more concern to men whereas women tend to focus more on their buttocks, hips and thighs as areas of dissatisfaction.

The picture of male eating disorders is made more complex by the male body ideal which is currently portrayed in the media, i.e. a lean but muscular body. Men with eating disorders do not simply want to be more muscular (this would constitute a different disorder) but they wish to be slim as well. I believe that the media has as much of an influence on men as it does on women.