‘Girls compete with each other – women empower each other’ 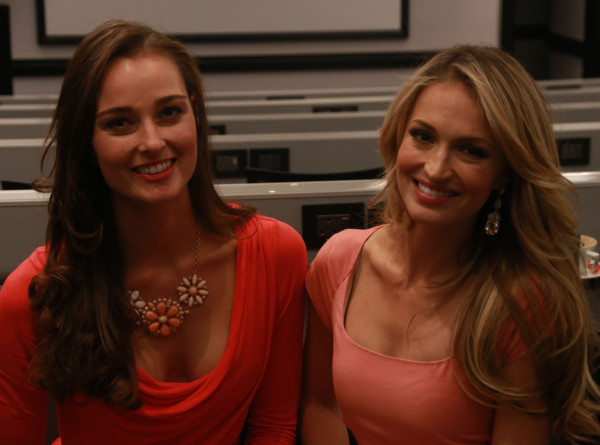 One of Johannesburg’s poshest hotels played host to a bevy of beautiful women who were attending the second annual Womentality Workshop  yesterday.

The workshop, aimed at empowering young women, and is the brainchild of former Miss South Africa Melinda Bam and 2008 runner-up, Anja van Zyl, took place all through the day at the Maslow in Sandton. The aim of the former beauty queens is to help women embrace their inner femininity and be fearless and proud.

“Womentality workshops touch on several aspects of the female form and mind, to help you refine your femininity.”

“Being feminine means embracing different facets, acquiring new skills to be able to adapt to life’s changes and to realise that being a woman is the biggest blessing of all,” said Bam.

A self-confessed tomboy, she said that there is a lot for women, even the tomboys, to take away from the workshops which focus on a mind-set shift.

“There is a bit of femininity in every single woman that she should embrace, it is not just about what you look like, it is how all of that translates into how you feel about yourself every day,” she said. 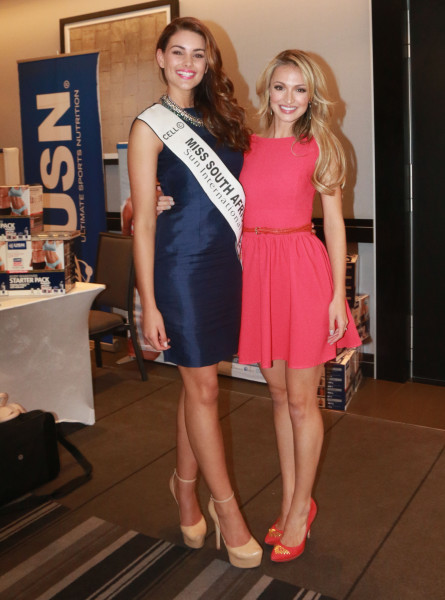 “We want to create a movement, we are going to go to each province, and yes we want to have them regularly,” said Van Zyl about the future of the workshops.

Former Miss South Africa Melinda Bam was the keynote speaker at Wits’s Student Development and Leadership Unit (SDLU)’s networking connection seminar on Wednesday. Bam spoke to students about the importance of networking and also following their passions. Bam said she was passionate about inspiring young women. Bam who is also part of the National Executive for the Miss South Africa pageant encouraged Witsies to enter this year’s pageant.

Camera and Voice over
Shandukani Mulaudzi

Melinda Bam decided she would be Miss South Africa before she submitted her entry form.

[pullquote]“You all have so many contacts on your phones, twitter and other social networks right? But how many of those have turned into a job or a bursary or a book?” [/pullquote]

Bam told the guests that her father’s suicide when she was eleven forced her to reflect on the person she wanted to be.

“I initially thought that I would probably have ‘daddy issues’ or that my reaction to it would have made me the perfect muse for artists and musicians from the experience,” she said.

She told the audience that her grandfather’s quote  helped her tremendously in dealing with difficult experiences in life: “’You are not a product of your circumstance but a product of choice,’ is what my grandpa told me.”

Nicole Msomi, student development practitioner told the guests that the purpose of “Network Connections” was to create a space for students to engage with influential individuals who attended the events.

“You all have so many contacts on your phones, twitter and other social networks right? But how many of those have turned into a job or a bursary or a book?” she asked the Witsies.

Bam also told the audience that one of the activities at the Miss South Africa qualifiers included a networking challenge at an event. If entrants had not collected five business cards by the end of it, they had failed.

Bam told Witsies that when she was in first year in 2008 she wanted “something more” and wanted to break through mediocrity.

[pullquote align=”right”]“We are all diamonds, you just need to refine and polish what you already are.”[/pullquote]

The former beauty queen told the audience that when she watched her mom, who is a gospel singer and public speaker, perform, she realised that she also wanted to give back in her own way: “We are all diamonds, you just need to refine and polish what you already are.”

Bam said when she was younger she moved to China to pursue a modelling career. She also wanted to move to get out of her bubble that she had known in Pretoria.

“I thought the grass would be greener on the other side, but there wasn’t even a lot of grass when I got to China!” she said.

The power of Women

Bam shed some insight on being a woman this women’s month. She said that in our modern world women often felt  pressure to live in a man’s world and change to fit into that world. “Why do we want to change to be something that we are not? We are not men we are 100% women. We must be the best version of what we already are. It is a strength that we are 100% women not a weakness.”