OPINION: How free is free in South Africa? 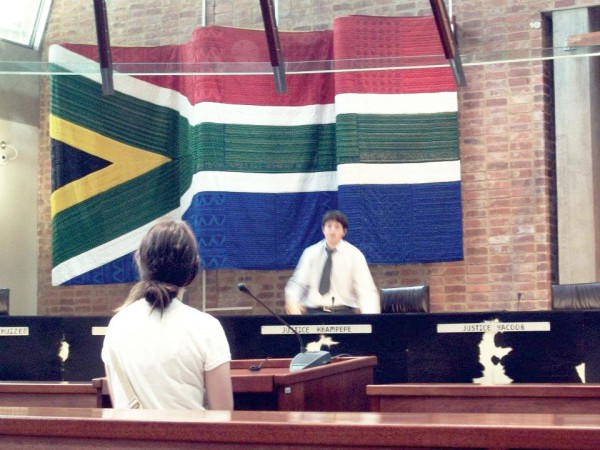 Inside the Constitional Court. Photo: Provided

As South Africa celebrates 20 years of democracy, the question of how free a country we are remains up in the air. For some, their lives haven’t changed all that much. They can still go wherever they want without question, pick and choose where they go to school, get a good education and generally speaking, live a nice, comfortable life.

But for many- in fact, most, this is not the case. While apartheid laws may have fallen away, the majority of South Africans still live in poverty, do not receive free and quality education and do have access to basic, fundamental rights, including healthcare, safety and security, and housing.

Achievements and failures of SA post-apartheid

Economically speaking, the government has built up its economic policies, but let’s be honest, how much worse could it possibly get than it was during apartheid, when the international community was placing sanctions on South Africa left, right and centre? For the sake of positivity and “looking forward”, let’s just say that our economy is doing relatively well on the whole.

[pullquote]How can I celebrate Freedom Day when so many of my generation didn’t get the opportunities that I did?[/pullquote]

When it comes to education, on the other hand, the ANC-led government has failed abysmally. In 2011, the Department of Basic Education released a report in which it stated the following statistics:

-913 do not have any ablution facilities while 11 450 schools are still using pit latrine toilets.

-Over 400 schools in the Eastern Cape are classified as “mud-schools”, many of them consisting of mud and shacks.

While our Constitution prescribes a free and equal education for all, the government has failed to deliver, and, after fighting for almost six years, the minister of basic education, Angie Motshekga finally signed a legally binding document called the Minimum Norms and Standards for School Infrastructure. She has been given exactly one year to ensure that these norms and standards are applied to every (government) school in the country.

Despite that small achievement, the issue of a lack of qualified potential employees still remains. An inadequate education system has led to a generation who lack the skills and ability to further their education and many have become reliant on government hand-outs. As well as affecting individuals, this will in time have a negative effect on the economy, when we are not able to compete globally.

Dozens of NGOs continue to fight for basic fundamental rights, especially in the township areas. In these areas, home invasions, theft, gangsterism, rape and murder are rife. Residents have to walk for several kilometres to go to the toilet and sometimes, those late night trips result in violent attacks and crime sprees.

[pullquote]Apartheid may have ended 20 years ago, but South Africa still has a long way to go before we can feel free to celebrate freedom.[/pullquote]

Then there’s public service and the healthcare system. HIV/AIDS has become the number one killer across Africa in the past two decades and South Africa is no exception. While anti-retrovirals (ARVs) have become readily available to those who need it, a lack of education, a stigma attached to the illness and inadequate public service delivery (largely due to corruption) hinder the entire process and people continue to die, untreated, on a daily basis.

Inequality, the biggest problem of them all

Finally, there’s the issue of inequality.  As a white- middle-class student I am not actively affected by it. I have all I need and probably always will. But, as a registered voter in this year’s elections and a proud South African, I see and feel the effects of inequality every single day. How can I celebrate Freedom Day when so many of my generation didn’t get the opportunities that I did? When I’ve visited schools with 100 children in a class? When my childhood home is just kilometres away from a township? When I look into the face of a homeless man, woman or child at every traffic light I drive through?

All of these reasons (and many, many more) make it difficult to feel as if we are a truly free, equal and democratic society. Apartheid may have ended 20 years ago, but South Africa still has a long way to go before we can feel free to celebrate freedom.