Bidvest Wits went into the second leg of their match against Orlando Pirates with 2 goals already against them. Last night, Pirates put on a top-class performance at Orlando Stadium to move into the MTN 8 final with another 3 goals against the Clever Boys. The match finished 3-1.

Wits failed to stop the Buccaneers from reaching a fifth consecutive final and four MTN 8 final appearances in the last five years.

Indeed in the first half, The Clever Boys showed consistency in pilling on the pressure from the start, leading with good ball possession and forcing Pirates back into their own half.

Bidvest Wits early goal attempt in the 3rd minute failed to put the team ahead when Vincent Pule’s shot went over the bar.

Ngcobo could have also have had a goal to his name if it wasn’t for a defence tackle from Happy Jele which saw Ngcobo’s attempt, combined with Toriq Losper’s pass go wide off.

Enjoying a sustained period of ball dominance, Bidvest Wits’ third chance came from defender Buhle Mkhwanazi, who out-ruled Siyabonga Sangweni in the 11th minute to steer his header that went wide of the mark from close range.

Pirates started gaining momentum towards the end of the first half, with Erasmus, who often found himself off-side, breaking through Bidvest Wits’ backline with tremendous pace, only to have his efforts halted.

The second half kicked off with both teams’ score sheet still empty, putting more pressure on the Wits side as time was running out and still no early goal from Wits.

Wits nearly scored a minute after halftime when Ngcobo steered his header wide of the target.

Erasmus took charge again when he paced through Wits’ backline and finished with a solid lead goal. Wits quickly closed the widening score gap when Gataneh Kebede won and converted an equalising penalty kick in the 76th minute.

Pirates coach, Vladimir Vermerzovic’s game changer, Lehlohonolo Majoro impressed the crowd when he came on and netted a brilliantly angled shot received from Sifiso Myeni’s header in the 84th minute, making Orlando Pirates lead with a 2-1.

Without hesitation, the striker finished a 3-1 lead when he strategically beat the offside trap and sent his shot over Wits goalkeeper Jackson Mabokgwane who advanced towards “Major” in an attempt to deflect his 2nd victory.

Major’s finish made the climb steeper for Wits who could not cover four goals to advance to the final stage.

Wits coach Gavin Hunt was clearly disappointed: “We were dead and buried even before they scored the first goal”.

“All credit to them for breaking away on the second goal of death, we were dead and buried even before they scored the first goal”, said Hunt. 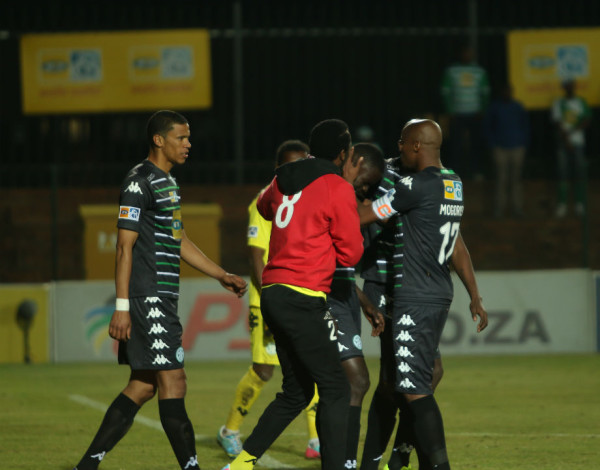