Crime on the rise across Wits campus

STATS: A list of the increase and decrease of stats around the Wits area. Graphic: Campus Control

Crime – including mugging – is on the rise in and around Wits campus, according to the annual crime report released by Campus Control yesterday.

Despite the higher number of arrests made by the South African Police Services (SAPS) together with Campus Control, crime has increased from 279 incidents in 2013 to 310 in 2014. However, this number is still lower than 2012, when 348 incidents occurred. The stats include the area in and around the Wits campus area.

Although theft in general, and the theft of cars, has decreased, thefts outside of cars, pick-pocketing, muggings and the possession of drugs have increased around campus. Cell phone and laptop thefts have also risen.

Campus Control said the rise in cell phone and laptop thefts was as a result of “negligence” by students. Hot-spots across campus were found to be classrooms, parking areas and some residences. Most of the crimes in these areas were petty.

Campus Control’s security and liaison manager Lucky Khumela told Wits Vuvuzela: “Students have been leaving their valuables unattended in these areas and this gives opportunists a chance to take action and steal those valuables.”

Khumela said students must be vigilant, but that Campus Control was working together with the SAPS to arrest “perpetrators of crime”.

“We have been successful so far and we hope to continue. As you can see from the statistics, our arrests have risen from 36 to 42 in the last six months.”

Students have also been warned to be careful in a number of areas outside campus including Enoch Sontonga, De Korte, Jorissen, Ameshof and Melle Streets, as well as Jan Smuts Avenue and Empire Road, where muggings and smash-and-grabs have become more common, as reported by Wits Vuvuzela earlier this year.

Students leaving campus at night, whether walking to their vehicles or walking to residences around Wits or in Braamfontein, are encouraged to call Campus Control to escort them. 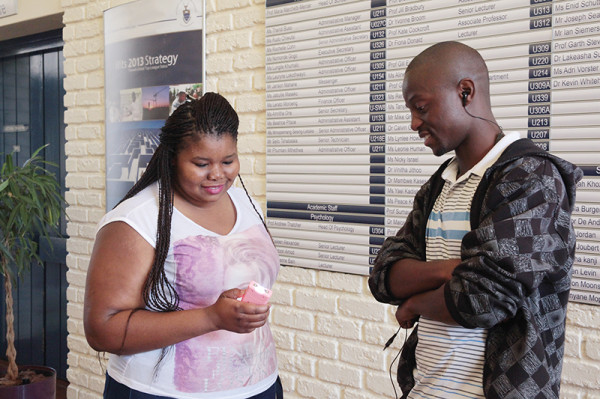