How to dig up political dirt

By Ray Mahlaka and Dineo Bendile

Wa Afrika and Rose are experts in this as they are the team who exposed the wasteful expenditure of state funds by former communications minister Dina Pule.

Earlier this year Pule was suspended from her position following an investigation into her improper conduct after she allegedly awarded her boyfriend, Phosane Mngqibisa, a tender for the organisation of the ICT Indaba in 2012.

The journalists’ interest was sparked by tip-offs and inside sources from the department of communications. They would later use records from a travel agency after Pule had all her own records of her holidays with her boyfriend destroyed.

The speakers were able to give delegates some tips based on their investigative experience.
According to the speakers, one of the fundamental aspects of investigative journalism was the importance of ensuring the accuracy of any information published. Their initial articles were met with denials, forcing them to get more information on Pule.

[pullquote align=”right”]“The more you deny, the more a journalist will dig. And the more they dig the more stuff will come out.”[/pullquote]

“We became unpopular… we were forced to get more damning evidence for people to believe us,” said wa Afrika. Rose and wa Afrika said they did not stop at getting documents but also sought out the authors of the documents.

“If you get any document, the best way to verify information is to find who is or are authors of this document,” wa Afrika said. “Any document is written by the source, try and trace which is the author and interrogate them on why they wrote the document.”

According to wa Afrika, after breaking the revelations of Pule he had several meetings with the former minister and some of her colleagues where they attempted to intimidate him and offer cash for his silence.

He urged journalists to meet sources in public places that they know well to avoid any possible attacks or being accused of accepting a bribe.

“Make sure that when you meet someone you meet them at a strategic place. Make sure you know the place you are meeting at and you know that there are cameras,” wa Afrika said.

Persistence is needed when uncovering the truth as an investigative journalist. While investigating Pule’s improprieties the team received a lot of backlash from politicians and Pule herself. However, this only encouraged them.

“The more you deny, the more a journalist will dig. And the more they dig the more stuff will come out,” wa Afrika said.

He told delegates that journalists are often intimidated by people with power to force them to back down from investigations.

“When you become an investigative journalist, one thing you open yourself up to is smear campaigns, slander, people trying to intimidate you. People will try to kill you, not because you are a bad person, but because you stepped on some toes,” wa Afrika said.

The Guardian newspaper journalist David Smith, who attended wa Afrika and Rose’s presentation, said he wanted to find out more about investigative journalism in South Africa.

“I wanted to know what stories are being covered and who’s covering them… there is a lot of good journalists doing good work, Mail & Guardian and Sunday Times are a few [such] publications. I think South Africa probably has the strongest investigative journalism in Africa,” he said. 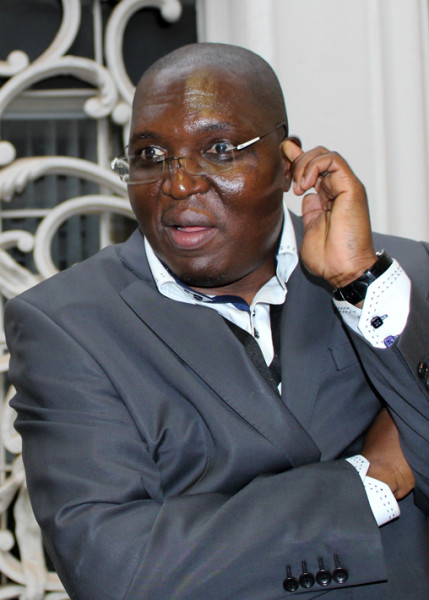 “One must have a thick skull, a heart of a lion and deaf ears,” said Mzilikazi wa Afrika as he began his presentation on the good, the bad and the ugly of investigative journalism.

Wa Afrika spoke about his own experience as being an investigative journalist for the Sunday Times. The seminar kicked off directly at the FNB building at Wits University as part of the Power Reporting conference.

“Investigative journalism is very, very tough and you need to be prepared to swim with the crocodiles in the river and dance with the lions in the jungle,” said wa Afrika.

Investigative journalists throughout the African continent are targeted and silenced. Wa Afrika said this is a big problem the continent is facing and it is also something South Africa is facing.

The notion Mandela had about a “critical, independent and investigative press being the lifeblood of any democracy” should have been said in front of all the African presidents, according to wa Afrika.

It should not be the case that the media become the opposition to the ANC, said wa Afrika. The work of an investigative journalist is very important in balancing a society and yet in other African countries “journalists are treated worse than hobo’s, media houses are forced to close down and journalists’ lives are in danger,” said wa Afrika.

“This is a job that needs to be done, you are [as a journalist] doing a favour for your country,” he said. Wa Afrika said investigative journalists report on stories which affect their people.

He related story of when he was detained at Libreville airport in Gabon for 15 hours because he was a journalist. “My colleague and I were detained with no food or water for 15 hours based on our occupation which we filled out on the forms.”

Both journalists spent the night in a cell with six other men and the next morning they were taken to Mpumalanga where they were interrogated further and only released once their host spoke with the police.

In 2013 a total of 17 journalists have been killed on duty in Syria, six in Egypt and five in Pakistan.

In response to these numbers wa Afrika says, “We need to act now and show them [the government] that they can’t push us around.”

The problem also lies in the lack of reporting on this issue. Over the past weekend journalists were killed in Somalia however “I am yet to read a story in print about this,” he said.

While investigative journalism is expensive and risky, authorities need to be held accountable for their actions. “I do this because I love my country,” he said.

Wa Afrika has eight cameras throughout his house and a neighbourhood watch in order to protect his family. He explained that he often gets death threats.

“The good is great, the bad is scary and the ugly is death,” said wa Afrika. 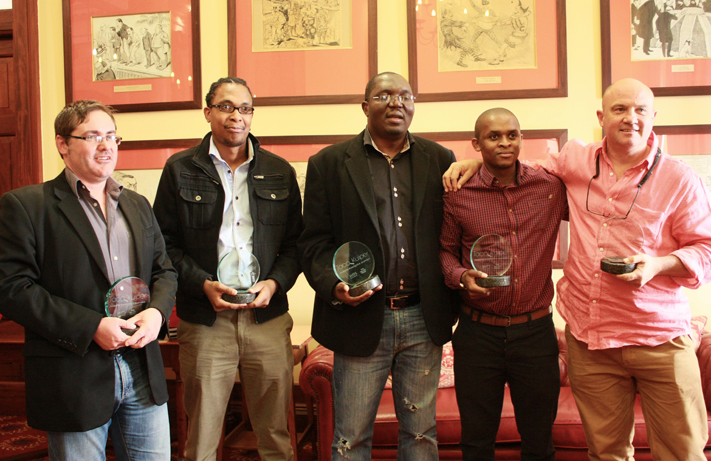