Witsies have spoken of their “disbelief” as they witnessed criminals mugging motorists and attacking fellow students in and around Braamfontein.

A group of four men have been targeting cars waiting in traffic next to Noswall Hall residence on Jan Smuts avenue this past week.

A male student, who asked to remain anonymous, said he saw the men running into traffic on Tuesday afternoon and initially could not understand what they were doing. Soon after, he saw them approach a car with its windows down.

“They reached in and stole his valuables. I got scared and realised they were mugging people in their cars who were stuck in traffic. I thought I’d be next so I just ran away,” he said.

Student Funeka Sibande said she had a similar experience last week when she was standing with a friend outside Noswall Hall.

“They came out of nowhere and were running between cars mugging people inside the cars. Two went to the passenger doors and two to the driver’s door taking anything they could see. I was in disbelief,” she said.

When they came back one of the muggers said: “We are not here for you guys.”

According to Sibande the mugger said: “We are targeting privileged people and whites in good cars.”

Minutes later they mugged “a white man in a Jeep who had his windows down”, Sibande said.

“They came out of nowhere and were running between cars mugging people inside the cars. Two went to the passenger doors and two to the driver’s door taking anything they could see. I was in disbelief.”

“We got away after that, they were dangerous. People need to be careful. Don’t leave your windows down and please don’t leave valuables where they can be seen,” she said.

This is just one of several muggings and “smash and grabs” that have been taking place in various areas around Braamfontein over the last two weeks.

Wits security and liaison manager, Lucky Khumela, said he was not aware of the gang outside Noswall Hall but would warn Wits security to be on the lookout and “increase security” in the area. He said he would also alert police in the area.

“Don’t leave your valuables. Lock your laptops and bags in your boot and keep cellphones out of sight. There is a rise in sporadic crimes in the area and we will do everything we can to keep our students safe,” he said.

The vehicle is believed to have been involved in at least five muggings around the Braamfontein and Wits area.

On Saturday a female student was mugged of her cellphone by one of the assailants who distracted her and then climbed into the waiting red Polo driven by an accomplice and the two of them drove off.

The student ran to a guard who alerted other members of security in the area. According to Khumela, one of the security guards then saw the Polo waiting at a red traffic light on Simmonds street.

“He grabbed a metal pole and hit the back window and the side of the car as a way of trying to stop them from getting away,” said Khumela.

The car managed to get away but has not been seen in the area since. 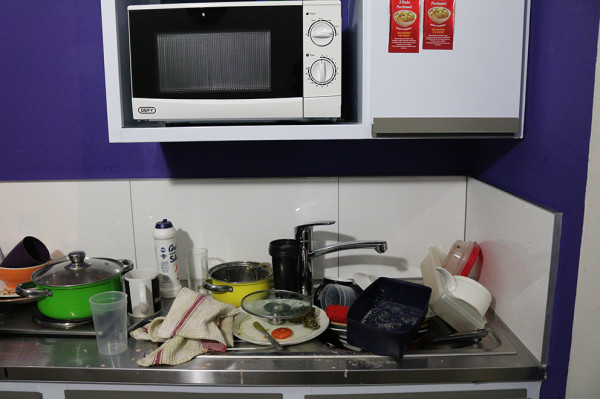