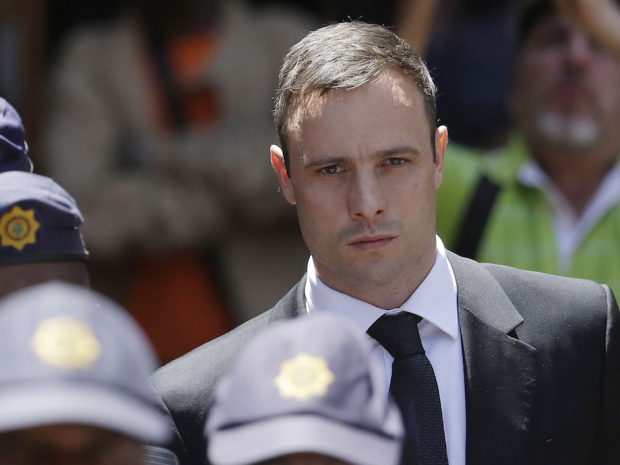 Shandu Mulaudzi reports on the media frenzy in Pretoria ahead of murder-accused Oscar Pistorius’ court appearance.

Disability no excuse for Pistorius: Witsies

Members of the Wits disabled community have expressed dismay over the fall from grace of Oscar Pistorius and say the Paralympian should not get special treatment because of his disability.

Pistorius was arrested on February 14, for the killing of his girlfriend, Reeva Steenkamp.

His earlier successes on the track have made him an inspiration to people living with disabilities.

Ricardo De Sao Joao, a Wits master’s student living with a disability, said the news is especially shocking because disabled people are seen as meek and subdued when all they want is to be treated equally.

“One of the main issues about Oscar’s situation is whether he should get special treatment because he is disabled or famous. In the eyes of the law he should be treated in the same way as anybody else,” said De Sao Joao.

De Sao Joao, who is an international relations student, said some things are inescapable when you live with a disability.

“You will never be considered normal, if anything this incident shows that disabled people are prone to anger issues just like anybody else,” he said.

Mthokozisi Ndaba, a first year BA student living with a disability, said he felt sorry for Pistorius because his life had been changed forever.

“His disability might have made him feel vulnerable at the time but he shouldn’t use his disability to get special treatment in court now,” said Ndaba.

Ndaba said that for him, as someone living with a disability, special treatment would be “two steps forward and ten steps back”.

Steenkamp was shot in the head, arm, hand and hip. According to City Press, Pistorius’ father received a call from his son just after 3am on Thursday, asking him to come to his house.

When his family arrived, Oscar was carrying Steenkamp’s body down the stairs from his bedroom to the entrance hall. Her head and arms were “dangling”. He allegedly told his sister, Aimee, that something terrible had happened and that he had mistaken Steenkamp for a burglar.

Police sources told the paper that Steenkamp was shot through the bathroom door. It is argued by Barry Roux, Pistorius’ defence lawyer,  that the athlete broke down the bathroom door to help Steenkamp after he mistakenly shot her.

According to the state prosecutor Gerry Nel, Steenkamp had arrived at the house between 5pm and 6pm on Wednesday night, February 13. He argued there were no signs of forced entry or evidence to support Pistorius ‘claims that he mistook Steenkamp for a burglar.