The start of the 2017 academic year at Wits has some first year students standing or sitting on the floor due to insufficient seats or venues to accommodate the large numbers.
END_OF_DOCUMENT_TOKEN_TO_BE_REPLACED 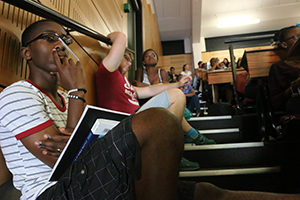