Wits bus drivers refuse to accept new work schedule which allegedly seeks to do away with paid overtime.

END_OF_DOCUMENT_TOKEN_TO_BE_REPLACED 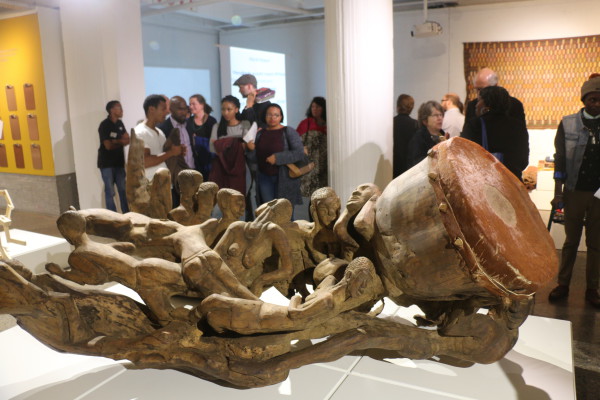 An unlikely crowd of art-goers filled the foyer of the Wits Art Museum (WAM) during the opening of Overtime: representations, values and imagined futures of classical African art on Tuesday, February 21.

They were young, black, hip and carried themselves around the space with absolute abandon as they clinked glasses of wine and shared a cigarette or two outside the venue.

This was not by accident, said the exhibition’s curators, Tetanda Magaisa and Katlego Shoro. In fact, it was the intention of the curators when they invited young artists, thinkers and intellectuals to engage with the African art collection held by the museum.

“The majority of the material in the collection belongs to various language groups across the continent, but what happens is that only a particular kind of people tend to handle that material,” said Magaisa.

This fact led the duo to consider new ways of re-imagining how the collection is seen, talked about and interpreted. Central to their curatorial considerations was the question of access.

“People regard this African art as something that young people do not appreciate,” said Magaisa.

“It’s like ‘oh, ja, they are millennials; they’ve completely and actively removed themselves from these cultures’, which is entirely untrue,” she added.

The exhibition was inspired by the responses and conversations that arose from the From The Heart: Personal Perspectives of the WAM Collection exhibition that took place last June.

“You have these conversations that have happened about accessibility and the kind of voices that can curatorially participate in exhibiting something like classical art,” said Shoro.

“And then you have young black people, young artists and young intellectuals who work at the museum. What are their experiences with the museum besides the job that they do?” she asked.

The answer lay in giving space to people who have different experiences within the museum, with the cultural material, with art, and with imagining how exhibitions can be curated and how a museum can be engaged, Shoro said.

The multiple contributors hold the exhibition together through highlighting the humanness invested in each piece on display.

“How these objects are presented is very important,” she added.

Speaking of the novelty of having young black people at a WAM opening, Magaisa said, “What happened, inevitably, is that having young people participate in the show brought in a young audience and increased the engagement with the exhibition.” 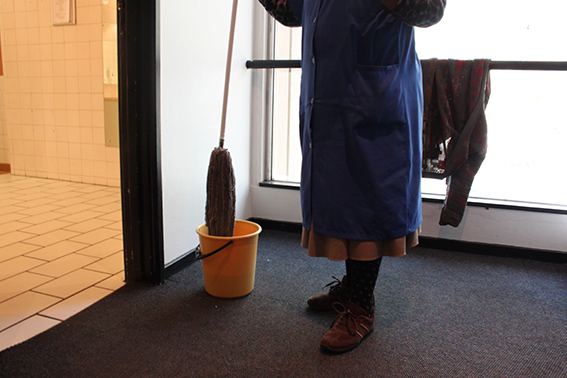