FEATURE: The lives that hang in the balance when the lights go out

The power goes out and most complain about eating cold food again or missing their favourite TV shows, but they can’t breathe.

Houses consumed in darkness and the only thing that can be heard are the sighs of frustration and the now constant hum of generators. Twitter is flooded with angry messages in which people complain and lament collectively. Family members shout across pitch-dark passages looking for the lone emergency lamp that tends to play hide and seek at the most inconvenient of times, the food has gone cold and homework is yet to be completed. All the while, Renee Simoes, like so many others, goes through a rigorous procedure to stay alive.

Every South African knows the feeling of receiving that EskomSePush notification telling them that their block is about to be loadshed. Hatred, disapproval, sadness and stress are just some of the feelings that come to mind. As we scramble, there is a community of people who have to walk the line of life and death during their hours of electrical blackouts.

Fourteen years ago on January 25, 2008, the government announced a national power emergency due to increasing demand for power and limited new generation capacity, today more than a decade later, things have gone from bad to worse.

Eskom literally holds my life in their hands.

The major brunt of the constant loadshedding is taken by those with ill health that heavily rely on power for their oxygen machines, dialysis machines and hospital treatments. Simoes has been living with Chronic Obstructive Pulmonary Disease (COPD) in the form of Emphysema since 1993. The 72-year-old grandmother of seven has been on full time oxygen for the last six years. ‘’I can’t live without the help of the oxygen machine, without it I don’t have lungs,” she said.

During an interview with Wits Vuvuzela, Simoes was in the midst of her two hours off the grid. The procedure to get the oxygen connected to her inverter, a nifty device that is battery run and can keep appliances on for a few hours, was a strenuous and expensive one (about R11 000).  She said that her electrically powered oxygen machine has too high of a wattage for the inverter, so she only gets 30 minutes out of the machine. She considers herself ‘’fortunate’’ to have a backup oxygen cylinder, which set her back R4 000. Each time she refills this cylinder it costs R450 and during peak loadshedding times she has till refill the cylinder at least once a week.

Simoes explained that when people go without adequate oxygen for an extend period there is a risk of secondary infections such as Bronchitis or Pneumonia as their lungs are working overtime. ‘’I am lucky I have the support of my children and grandchildren during this time, others are not so lucky. Eskom literally holds my life in their hands.”

Stella de Kock is in end stage Renal Failure and relies on a hemodialysis machine, which removes the unwanted waste products from her blood. Unlike an oxygen machine which has non-electrical alternatives, the only way to receive lifesaving dialysis is through the machine. De Kock needs about three sessions of dialysis a week. “I dialyse at a dialysis centre, and when loadshedding starts, the machines shut down and then we have to wait for the generator to kick in. Luckily for us, it only takes a minute or two,” said de Kock. In December 2020, she got covid and had to dialyse at home for a period of a week. “It was touch and go as we only have a small generator at home and the dialysis machine needs a lot of power.’’

De Kock wishes that the public and Eskom knew that: ‘’Having a chronic condition already puts a strain on your mental wellbeing without the extra stress of having to think of if you’ll be able to get your treatment if there is no power.”

Dominique Truyens, who passed away before she could receive her lung transplant suffered from a lung disease called Cystic Fibrosis.  Her twin sister Caleigh Truyens suffers from the same disease. She told Wits Vuvuzela that when there was loadshedding, Dominique was not able to use her oxygen machine because at the time there was no portable oxygen and no generator. She was in hospital most of the time and a big factor was due to the hospitals not being affected by loadshedding.

Truyens explains that the kindness of friends and neighbours is often needed during blackouts, she often rushes to homes with no interruptions or access to generators to plug in her machine. Once, a fraught drive from Rustenburg to Johannesburg was needed because “they had no other option”.

Private hospitals throughout the country have equipped themselves with working generators and equipment, according to interviewees who frequent them. However, for those that rely on government hospitals it is more complex. “Loadshedding is affecting all our public health facilities in the country,” said President of the Young Nurses Indaba Trade Union, Lerato Madumo-Gova, in an article published by health-e news in July 2022.

But help is seemingly on the way. On September 30, 2022, health minister Dr Joe Phaahla announced that 37 of the countries public hospitals would be exempt from loadshedding.  “Generators have been proven not to adequately meet the increasing demands during load shedding in health facilities,” he said in a statement.  Phaahla said hospitals will either be directly exempt or in cases of municipality connection, they will install a dedicated feeder line that kicks in to keep power in the facility during municipal loadshedding windows.

The criteria for hospital exclusion include patients’ volume, the nature of specialised services they provide and technological and medical equipment they have, of which most are academic, regional and district hospitals. Charlotte Maxeke Hospital, Helen Joseph Hospital and Steve Biko Academic Hospital are some of those included in the exemption list. However, in a country with over 300 public hospitals those who are exempt are just a drop in a very murky ocean.

Things recently have gone from bad to worse. According to Eskom Research, Testing and Development’s Dr Ulrich Minnaar, the month of September 2022, saw the most hours of loadshedding ever, with a total of 1 503 GWh estimated to have been shed and with 572 hours of the month’s 720 hours directly affected.

“Loadshedding for those who rely on electricity such as I do, and many people like me, is extremely stressful, it is not just switching a kettle on to make some tea or cooking something to eat and it’s not just having lights it’s having actual breath, actual life,” concluded Simoes. One can see the strain etched on her face and hear her heavy breathing between each sentence. The electricity returned during our sit down. She checked her phone anxiously. It pinged with a reminder from EskomSePush that the next round of loadshedding would take place later that evening. “All I can do is breathe,” she said, chuckling sadly.

FEATURED IMAGE: While loadshedding is a pain for many for those who rely on electrical machinery to live, it is a daily dose of fear. Photo: Elishevah Bome

Student is being urged to return to her room to clear in, to come back from home and pack up items in her fridge as South Point plans to power down its buildings. END_OF_DOCUMENT_TOKEN_TO_BE_REPLACED

END_OF_DOCUMENT_TOKEN_TO_BE_REPLACED

OPINION: Fighting patriarchy, even in death

Winnie Madikizela-Mandela was known for her fight against patriarchy.

END_OF_DOCUMENT_TOKEN_TO_BE_REPLACED 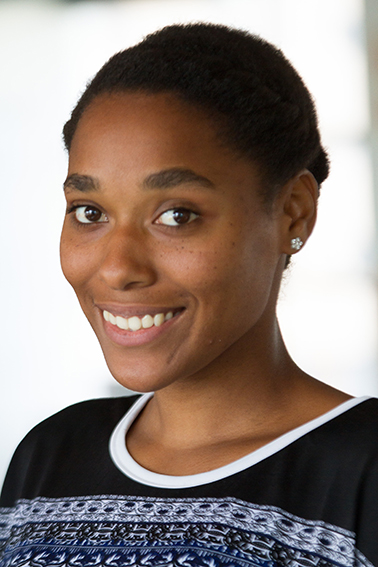