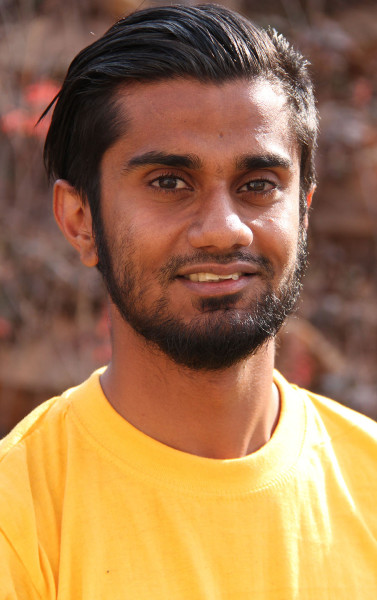 Shafee Verachia is a BSc Actuarial Science honours student. He is the president of the 2013/14 SRC and a member of the Progressive Youth Alliance. Photo: Luca Kotten

I HAVE spent the last two years of my time on campus as an SRC member, first serving successfully as the academic officer in 2013 and then as the president of the SRC in 2014. In all of this time, I have come across students who have served in Student Representative Councils not only at Wits, but nationwide and it is through these experiences that I’ve grasped an understanding what it is that is needed to make a good SRC member.

I have seen both the good side of student leadership, and also the bad. I have witnessed the ugly reality of SRC members who undertook being a member, solely for it to stand out on their CV or a fancy title.

I have served with SRC members who, sadly, are not willing to sacrifice for students. Just this year, when discussing the fact that there are students at Wits who are sleeping in libraries, a member serving on the current SRC with me told me, “These students left home and made a choice to sleep in the libraries. I don’t see why we need to fight for them.”

Before voting then, it is imperative that students ask – is this kind of attitude, a quality of a leader that they would like to have representing them?

But I have also witnessed the good of SRC members. I have been so privileged to encounter and serve with students who are always willing to sacrifice and go the extra mile, to best serve students. Being on the SRC requires you, for example, to have to miss lectures and tutorials because you have to go and fight at Senate House for issues such as academic exclusion rules to be relaxed.

There are many SRC members who are student leaders during the day and students during the night. And it is exactly this kind of leader, which you want to be serving you on the SRC. It must always be remembered, that the heartbeat of students, should ALWAYS be greater than an individual’s own selfish ambitions and pride.

To students, I have one resounding message which I cannot reiterate enough: make an educated vote. Don’t only ask ‘What can this organisation do for me alone?’ but rather what can it do to improve the quality of the state of affairs at our university as a whole? Who is it that cares the most for all student interests and is working towards a goal for transformation?
The prettiest face, or the one who uses the best English, may not necessarily be the best person to be representing the interests of 30 000 students. It is a big decision to make, who to give your vote to. But I will say this: trust an organisation. Take the time get to know the candidates and the organisation alike.

I wish only the best of luck to all candidates and to all students.