Race still matters 20 years on, even at South African universities 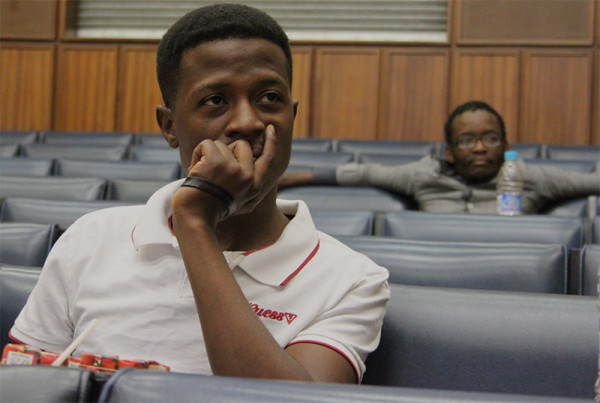 HEAVY THOUGHTS: The Wits Transformation Office held a round table discussion on race which stirred up a heated debate amongst the audience.
Photo: Lameez Omarjee

By Robyn Kirk and Lameez Omarjee

Race continues to be an issue in South Africa, even in the apparently transformed halls of higher education.

This was the predominant view of the audience at the Wits Transformation Office roundtable discussion on campus earlier today. The discussion looked at the relevance of race in the 20 year old democracy of South Africa but focused on the issue of transformation in higher education.

The Wits Transformation Office maintains that Wits University has transformed in terms of both race and gender over the last 20 years. But speakers at the discussion felt otherwise.

Athi-Nangamso Nkopo, a Master’s student in Political Science and founder of the Feminist Forum said that “although Wits University has improved in the racial representation of students enrolled, not enough systems are in place to ensure non-white students succeed and graduate. She argued that “in higher education, not enough is being done for women to advance,”  and added that the improvements on campus are not an accurate representation of the demographics of the country.
Michlene Mongae, the Secretary General of the Wits SRC (Students Representatives Council), pointed out that within the space of the university different racial groups tolerated one another, however this was not the case within private spaces such as at home or with friends. She also indicated that actively trying to look beyond race clearly shows that race still matters.
Mongae argued that in the past, white students were the most politically active on campus and over 20 years, black students have become the more politically dominant group on campus. “White students do not protest because they do not have to,” responded Mashele.

The comment sparked interest from the audience, where one audience member noting that the lack of white students at a discussion about race is an indication of the aparthy towards the issue.